Home / Business / Card rooms could be coming to Alaska 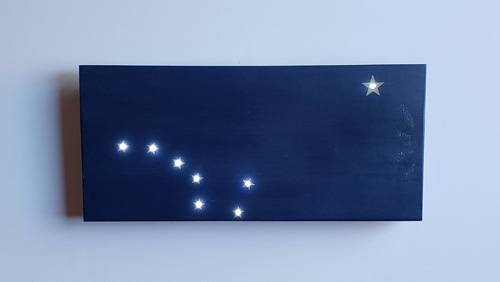 Alaska could be close to allowing something that hasn’t been seen in a very long time—legalized commercial gambling. Lawmakers are now discussing a bill that would authorize card rooms in the state and, if approved, the long-standing ban on commercial gaming could finally be lifted.

The bill, House Bill 103 (HB 103) was introduced by Representative Colleen Sullivan-Leonard in March. It seeks to allow licensed commercial gambling facilities, with each license carrying a $100,000 fee. Operators would be required to pay a 9.5% tax on their gross gaming revenue (GGR).

According to Sullivan-Leonard, “HB103 will expand the gaming laws in Alaska to include operation of card rooms hosting banked and non-banked card games. Card rooms in the state of Alaska have been contemplated for years, now is the time to stop contemplating and make them a reality. Let’s bring the cards out of the back rooms and in a fun, social setting for all to enjoy.”

There are several native Indian tribes in Alaska that operate gaming facilities, but the state has no commercial gambling venues, which are illegal under state law. They are seen as what is defined as a “sin industry” that is prone to causing addiction, but that argument is, at best, extremely weak.

The Alaska Department of Health and Social Services asserts, “Ask any Alaskan if they know someone who has struggled with addiction, and more likely than not, you’ll hear a story about how a fellow Alaskan was hurt by a substance use disorder.”

That may be true, but the majority of those substances are legal. Psychologists have already shown that gambling cannot cause addiction—someone prone to addiction will find a target through any method. If it isn’t gambling, it will be alcohol; if it isn’t alcohol it will be drugs.

The impetus for allowing commercial gaming is the same as what has been seen elsewhere—to draw more revenue to the state. Sullivan-Leonard believes that legalized gaming could generate revenue that could be used to boost tourism programs and help in economic development, and that it would simply be a method of improving the state’s economy.