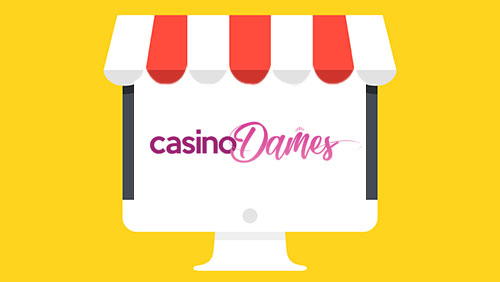 Each year, International Women’s Day is celebrated globally on 8th March in order to recognise and honour the achievements of women worldwide and throughout history, as well as to continue to promote women’s rights on an international level. With the theme for this year’s International Women’s Day being ‘Think equal, build smart, innovate for change’, Fortuna Gaming have decided to launch a revamped version of their online female casino site, CasinoDames, to coincide with the worldwide celebration in March.

Dating back over a century, the very first Women’s Day was held in New York in 1909, before leading female German figures suggested in 1910 that it be made an annual celebration. This concept quickly began to take off across the world, with the United Nations declaring their complete support in 1975 – now widely known as International Women’s Year.

Today, International Women’s Day is celebrated in over 100 countries across the world, and is considered to be an official public holiday in many. Rallies, parades, conferences, cultural performances and many more acts of celebration are held throughout the world in an aim to celebrate the cultural, political, social and economic accomplishments of women, and each year International Women’s Day focuses on a different theme to promote a specific agenda.

Having soft-launched CasinoDames in late 2018, Scott Manford, CEO of Fortuna Gaming, described how the team have totally re-designed the female-targeted site based primarily on players’ feedback, announcing that they are “now ready to hard-launch the revamped site and promote it significantly across our licenced territories throughout Europe.”

Speaking further about the relaunch of CasinoDames, Manford said: “The brand is obviously female-focussed, and the new design incorporates elements from 1950s America, with a Vegas-style diner feel to it.” He continued: “This seems to be what our players wanted, to help spark feelings of female empowerment and nostalgia when playing on this brand.”

With the chief designer in charge of the revamp fittingly being female, the new design says goodbye to the old predominantly pink and purple colour scheme and introduces a new bubblegum blue colour palette, adding a fresh and exciting tone to the CasinoDames brand. In a substantially male-dominated industry, Fortuna Gaming aims to empower women and encourage female participation in the field of iGaming, and therefore seeks to create a visually appealing and welcoming platform for female players to access their favourite online slot and casino games.

Manford summarised: “We are very excited about to see what the future has to hold for CasinoDames. We hope it will appeal to female players young and old around the world.”