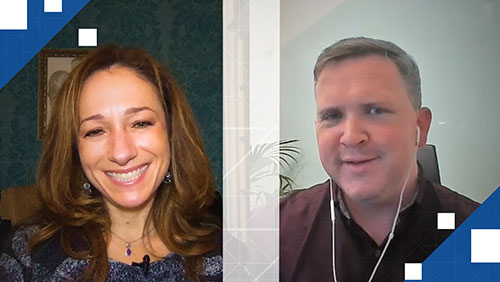 With ICE London just behind us, its inevitable to have slots and innovation on the mind as both are prevalent throughout the ICE expo floor. At the intersection of iGaming slots games and innovation are Green Jade Games, a Malta-based software development company led by Managing Director Benedict McDonagh.

“I really enjoy the development space of gambling games and slots especially, I’ve been an avid player for many years and I’ve long had a strong opinion on what we can do differently with the development of slots,” McDonagh shared.

“We’ve got a couple of games live with Mr. Green, working with Jesper Karrbrink, we started looking at what we could do differently in this space,” he added.

With the creative direction of Karrbrink, McDonagh set out to develop a new slots concept with an element of storytelling – players are taken on a journey through a series of chapters where they eventually arrive at the end of the story.

“We launched our first game end of November, so a few months ago now and we’ve seen over 3.5% of players have gone to complete the game which for me is exceptional,” McDonagh revealed.

“I think having stories isn’t enough, I think customers can go and find good entertainment and storytelling through Netflix or any good book on audible or on their Kindle, so that’s not enough. I also wanted to focus on another element or key human driver that I feel is absent in slot play, its present in poker, its present in sports betting and that’s of learning,” he added.

According to McDonagh, one of the key human drivers is the desire to learn and improve. With the vast majority of slot play, players simply click and spin and are left without any decision-making abilities that affect the outcome. With the two games Green Jade Games has developed exclusively for Mr. Green, “Hammer of Fortune” and “Finding Mr. Green,” the customer has the choice to trigger features when they want.

“[Customers] can take a losing result which would normally be a missed feature trigger and actually modify the real outcome and trigger the feature themselves. It creates a naturally volatility where sometimes you miss it, sometimes you don’t have enough chances, sometimes you’re not concentrating and you have this fun chase, the money you would have won is available elsewhere within the game,” McDonagh explained.

Figuring out how to appeal to both the “historic” slots players and the younger generation with slot games can be a challenge for developers, yet McDonagh views this shift in thinking as an opportunity.

“I see players’ behavior changing and I think it’s a great time to actually go out there and say, ‘We can give you the same user interface that you’re enjoying elsewhere, we can build the same games that you’re playing,’” he said.

“The propensity to gamble, that’s never going to go away, it’s a millennia interest, so we don’t have any concerns that the market is going to be depreciating in size anytime soon, but I do hold a concern that the right content isn’t being built fast enough for the broader audience,” he explained.

“We focus on what I call the ‘fringes’ of our industry – so the video game players the eSports audience and the social game players- and we try and build content that has a bit of skill and is highly entertaining and I actually think that means moving away from slots and moving away from reels. I’m not saying we need to change the mathematical profile, of the hit frequency, but we absolutely need to get away from – for a specific audience – win lines and reels,” McDonagh added.

With the release of two successful, innovative slots games under their belt, McDonagh is confident 2019 will be a transformative year for Green Jade Games and now its time to get the message out.

“We want to have the integrations and that we’re going to be working hand in hand with operators to build up a new affiliate traffic,” he revealed.

“We’ll make it clear to [operators] that we don’t need to be worried about and so focused on a narrow market of slot players. There’s a far broader audience that we can go in and acquire, bring these customers into a safe and regulated environment and show them that they can play the same games for money and they can have fun that way,” McDonagh explained.

McDonagh’s goal is to partner with operators and engage a wider audience, to provide alternatives to the scratch cards customers are buying from news agents and to expand beyond those who consider themselves casino players.

“I’m really keen to work with operators that share that vision to say, ‘you know what, we can pivot, we can change our marketing and messaging and we can go after a broader audience’ and that’s what we’re going to be building for. Hopefully our casino players will play them as well, which I’m sure they will, but we’re really excited about enabling the growth of the iGaming industry,” he said.