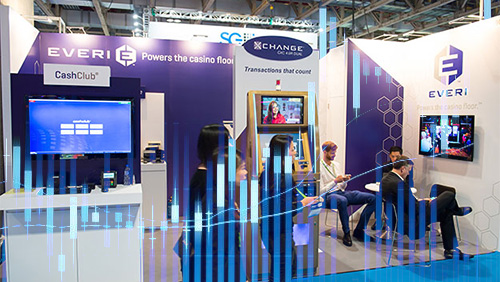 President and CEO Michael Rumbolz, in a press release, said, “Our third quarter results reflect the ongoing progress we are achieving through the execution of key initiatives, including the successful introduction of new products for our Games and Financial Technology [fintech] Solutions businesses which are driving consistent growth.”

The growth in the games segment, according to Rumbolz, came from the introduction of new products, wherein electronic gaming machine unit sales went up 43% to 1,165 units, “our largest quarterly total since we acquired the Games business.” Premium unit placements, and an increase in unit placements in higher-yielding markets, were said to have contributed to the improvement in daily win per unit, which went up $2.32, an 8.6% increase year on year.

Rumbolz said that fintech results in the third quarter had benefited from the strength of the domestic market, as well as new market wins, driving an increase in key performance metrics such as core cash access revenue, transaction volumes, overall dollars processed, kiosk sales, and service revenue.

With both gaming and fintech businesses doing strongly, Rumbolz said that “we remain on track to achieve our outlook for full year Adjusted EBITDA of $228 million to $231 million and to deliver on our expectation for near-term acceleration in free cash flow generation.”

Revenue for the first nine months of the year was $350 million, up 14.5% from $305.7 million during the corresponding period last year.

Adjusted EBITDA for the first three quarters was $175.8 million, up 8.9% year on year. Net income was $8.2 million, whereas the previous year’s loss from January to September amounted to $26.9 million.

The man above the game: A GAME ABOVE welcomes Bill Pascrell, III as President – A GAME ABOVE, North America
Press Releases
6 hours Ago