Brussels, 2 August 2018: ESSA (the not for profit integrity body that represents many of the world’s largest regulated sports betting operators) today announced that Perform Group has joined the association as their first affiliate member. Perform Group is the digital leader in global sports media, touching every aspect of the way fans engage with sport. 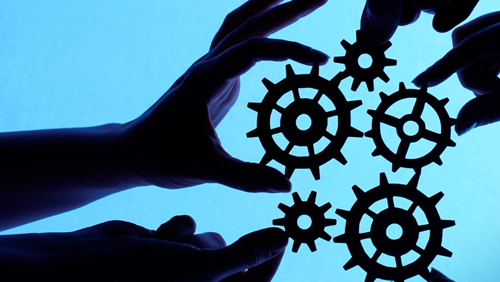 Under the terms of the agreement, Perform Group’s dedicated global integrity team will work with ESSA on both operational and strategic issues, with the aim for both organisations to share their experience on betting integrity issues.

Khalid Ali, Secretary General of ESSA, stated: “Data has become an increasingly important part of the sporting experience for consumers and that includes related betting activity. The inclusion of Perform and its globally recognised sports data business, which includes partnerships with major sports such as the NFL, WTA and La Liga, further enhances the interaction and mutual interest between our sectors in maintaining the integrity of sporting events. We are proud to include Perform Group as the first affiliate member of ESSA and look forward to welcoming other integrity focused businesses within our association in the near future.”

Jake Marsh Head of Integrity Operations at Perform, stated: “We are delighted to have been announced as the first data provider to join ESSA as an affiliate member. Like ESSA, we live by a fundamental commitment to sport and betting integrity that is at the core of everything we do as a sports business. Perform works with a number of stakeholders on a 24/7 basis to share intelligence and advise of threats and our collaborative and not-for-profit approach is always the same and demonstrably effective. The ability of different sectors to effectively work together is critical to maintaining the integrity of sport, and we look forward to working closely with ESSA to protect sport and betting from manipulation.”

The ESSA Affiliate programme is open to any non-betting operator business or organisation that shares the same values as ESSA and its members on integrity and betting issues, in particular sports data providers and sports betting software suppliers and trading functions. Full ESSA membership is only open to licensed and regulated betting companies.

ESSA holds positions on high-level betting policy forums at the European Commission, Council of Europe and the IOC. It is driving a number of important initiatives aimed at addressing match-fixing and hosted an international betting integrity conference at Lords Cricket Ground (see here) at the end of last year, attended by over 150 senior officials from sports bodies, regulators and other key stakeholders. ESSA’s Q2 2018 integrity report, along with the previous reports, can be accessed here.

Perform Group touches every aspect of the way fans engage with sport; We stream sport to fans directly through DAZN, our unique live and on-demand service, giving them the power of choice. We partner with the biggest rights holders to help them commercialise and grow their sports around the world. We produce better, faster, more detailed content for broadcasters, media companies and sponsors. We create the data that underpins the way the best broadcasters cover sport, the biggest teams buy and sell players and the biggest bookmakers offer markets. We run the world’s biggest digital sports platforms, and help global brands connect with this massive audience.