GalaBingo.com has strengthened its relationship with Channel 5, after becoming the new broadcast sponsor of Aussie soaps, Neighbours and Home & Away in a deal brokered by Sky Media and 7 Stars.

Expanding its media deal with the British commercial television network, the new agreement will further extend the brand’s visibility, as well as heightening its messaging amongst its key audience.

As the official sponsor of Neighbours and Home & Away, GalaBingo.com idents will run before, during and after the shows, as well as branding on Channel5.com. The Neighbors sponsorship will see the UK’s No.1 bingo site appear on daytime and primetime TV every weekday until October 31st, whereas its Home & Away deal will run until the end of 2017. 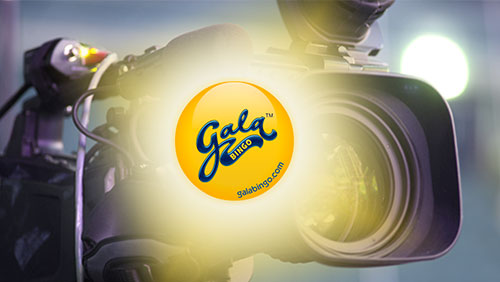 Developed by Newcastle-based creative agency, Cravens, the adverts will see the brand emphasise its Play Happy creative, with an Aussie twist. Featuring an Australian bingo caller voiceover, the indents give traditional bingo calls the Aussie treatment, with calls such as Koala in a tree (3), and two sausages on a barbie (11), with respective images appearing on a bingo screen alongside GalaBingo.com branding. The indents at the beginning and end of the soaps feature the message, that Gala Bingo happily sponsors Neighbours/ Home & Away.

Alongside its new TV sponsorship, GalaBingo.com is also the exclusive gaming partner of ITV soaps Coronation Street and Emmerdale (a partnership which began back in 2014), as well as the hit ITV quiz show, The Chase, allowing the relationship with a key daytime audience to go from strength to strength.
Sky Media brokered the deal as the sales house for Channel 5 with 7 Stars.

Angus Nisbet, Brand Director GalaBingo.com, said: “We are very excited to announce our latest sponsorship deal with Channel 5, Neighbours and Home & Away. These shows are practically UK institutions, and we love following the trials and tribulations of the characters in Summer Bay and Ramsey Street, and we know our customers do, too.

“By aligning our brand with specific TV programmes, we’re able to give GalaBingo.com a significant level of awareness, connecting with our existing audience, as well as reaching new customers.”

David Shore, Head of Business Development, Sky Media, said: “Sky Media has a track record of handling Channel 5’s TV ad sales inventory and we’re pleased to be able to unite GalaBingo.com with a channel that fits its target audience.”

Find out more at www.galabingo.com

GalaBingo.com – The UK’s No.1 Bingo Site.

With over 600 online bingo jackpots daily, more than any other UK bingo website, and over £4 million paid out to members every day, Gala Bingo is the UK’s No 1 online Bingo site.

GalaBingo.com provides its members with over 400 of the newest slots and classic table games as well as on-the-go online bingo entertainment on mobile and tablet.

GalaBingo.com is a reliable place to play online featuring a safe and easy cashier, fast cash-outs, a VIP Loyalty scheme and second to none 24/7 customer support.

Sky Media is the advertising sales arm of Sky, offering an exciting array of opportunities on TV, online and on the go. Sky Media represents all Sky’s channels and sites, and also sells advertising on behalf of a range of broadcasters including Viacom, Discovery Networks, FOX International Channels, NBC Universal, A+E Networks and Sony Pictures Television Networks. Sky Media’s portfolio of channels reaches 50 million people in the UK every week.

Sky Media has offices in London, Manchester and Dublin. For a full list of channels and opportunities please visit www.skymedia.co.uk and follow us on @SkyMediaUK