Current state of the online gambling market in Slovakia with Dr. Robert Skalina at CEEGC 2017

18 August 2017, Budapest: The organizers of the event are honored to announce that Dr. Robert Skalina (Partner at WH Partners), who will be a key speaker about the Czech regulation, will also give a briefing about the situation of the online gambling industry in Slovakia. 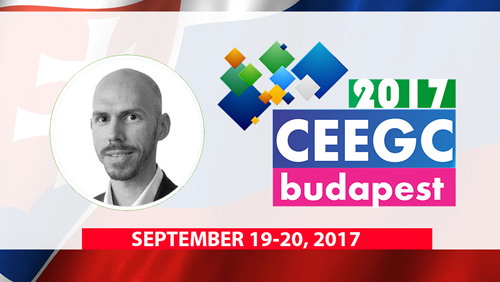 The recent regulation of the markets in Eastern Europe show a clear sign that unlicensed online gambling will soon be eradicated from Europe.

Although ISP blocking has been criticized by all involved companies, the European governments are reinforcing the legal battle against international gaming operators without license by banning the platforms in their jurisdictions. According to experts, the ban, however, is easy to break as ISP blocking is not very effective. Authorities from Poland, Slovakia and Czech Republic also stated that illegal operators could be charged with over US$587k fines.

Czech legislators have been holding a long discussion on gaming laws, as the government seeks stricter control on the industry. Furthermore, the new proposal would establish time limits for players’ participation in gaming services. Operators would have to comply with new amendment, which would set a maximum limit on hour basis.

Poland has already blocked over 1k domains and is holding the stricter crackdown on online gaming platforms. Meanwhile, the Gambling Insider revealed that the Ministry of Finance of Slovakia announced last month a list of 16 operators which would be blocked, including William Hill, 888 and GVC.

In mid-July, the Slovak Financial Administration came out with a list of 10 naughty online gambling operators, including familiar faces like 888 Holdings, Bet365, Bet-at-Home, Bwin, William Hill and 1xbet, along with Curacao-licensed Eatsleepbet.com as well as Malta-licensed LVbet.com and Kajot-casino.com.

The list, however, has grown to 16 at the end of July, according to Slovak news outlet Zive.sk.

Slovakian authorities want the operators to take down the websites within 10 days, before they were issued a judicial order that will oblige the ISPs to block the sites based on DNS. Those who will not follow will have to pay a penalty of up to €500,000 ($587,107).

Most internet service providers said they are ready to block the websites, but they’re still waiting for a judicial order before proceeding. Tereza Molnar, spokeswoman for O2, told the news outlet that they have yet to receive “any regulation from the authorities on illegal gambling blocking.”

The providers have also expressed frustration at the government for imposing fresh responsibilities on them without allocating any funding to account for the extra work. Network operators O2 and Telekom previously said they will bear the costs in full “as our contribution to the fight against illegal gambling.”

Some operators had already exited the Slovakian market in recent months after the government announced it would begin enforcing its new gambling regulations, under which online sports betting licensees must pay 27% tax on their gross gaming revenue from local punters. Online casino and poker activity remains the sole responsibility of the state-owned TIPOS national lottery.

Slovakia’s harshening attitude towards gambling isn’t limited to the digital realm. In April, officials in the nation’s capital Bratislava banned gambling—but not sports betting shops or lottery retailers—within city limits, although current casino and slots hall operators will be allowed to continue operating until their existing licenses expire.

“The growth of regulated markets in the Eastern European region” panel is scheduled to be held between 11:00 – 12:00 (Budapest Local Time) on the 19th of September (Day 1) during the second edition of the Central and Eastern European Gaming Conference Budapest. (you can view the full agenda here).

More about the speaker:

Dr. Robert Skalina is Czech Advocate as well as a Registered European Lawyer in Malta. He is currently a Senior Advisor to WH Partners, a Malta-based leading law firm with a business focus and expertise in gaming & gambling, technology, financial services, tax, M&A and corporate finance.

Robert has vast experience advising clients in the gaming/gambling industries on all aspects of their operations. He also provides advice to wide range of investment managers and funds, and regularly advises clients on complex cross border transactions and mergers and acquisitions.

He has previously held the position of head of legal of a London based investment advisor active throughout EMEA region.

Robert holds LLM from the London School of Economics and a Master of Laws degree from the Charles University in Prague.

How to secure your seat?

Early Bird Rate is set for 299 EUR and can be booked with the 50% discount until September the 3rd, 2017. Limited seating! (Online payment, Bitcoin or Bank Wire Available)

Watch this space for more interesting updates about #CEEGC2017Budapest