Home / Press Releases / PokerStars Micromillions is back, bigger and better 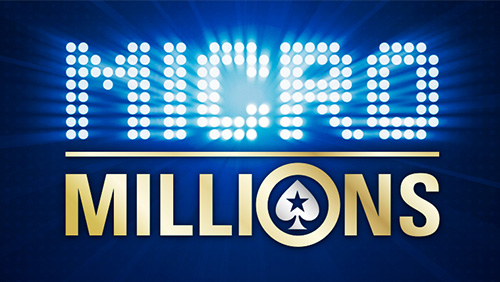 PokerStars MicroMillions is back, bigger and better this July to celebrate poker’s ultimate low-stakes tournament championship with new ways to be in with the chance to win big prizes.

Excitement for the world’s biggest little tournament series, which has a guarantee of over $4 million, has already begun with every PokerStars player entitled to free Spin & Go tickets giving them the chance to win seats to a range of MicroMillions events. PokerStars players should enter Star Code ‘MM2017’ before 23:59ET on July 16 to claim the maximum six tickets; two free tickets will then automatically be credited each week of the series.

To kick off the series in style on July 16, the Sunday Storm will be half price with a buy-in of $5.50. More MicroMillions magic will be made possible for any player that makes a final table during the series and for the player that makes the most cashes, as they will be invited to join Team Pro Online members and Twitch streamers in a special $25,000 invitational freeroll on August 1.

For more information about MicroMillions and the full schedule go to: http://psta.rs/2uNcBv0