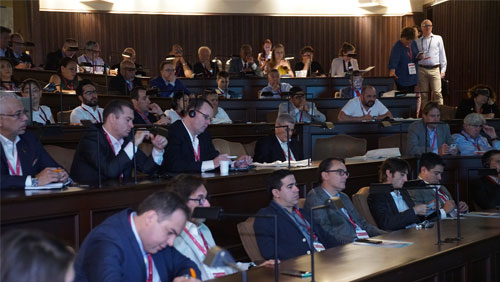 The 2017 edition of Juegos Miami is living up to its vision to be a cockpit for gaming debate with an audience of thought leaders providing expert insight on the opportunities and challenges in the region.  The importance of achieving progressive regulation which is business friendly was a constant theme which underpinned many of the discussions.

Ewa Bakun, Clarion Gaming’s Head of Content, said: “Fred Gushin, founder of  Spectrum Gaming Group, made the central point that, whilst regulation cannot be seen as a ‘cure all’, it is however an important first step.  He argued that a robust licensing system which transcends political parties needs to be in place and that we could not have a situation in which a legal regulated industry was having to compete against an unregulated industry.”

“There was much interest in developments impacting Colombia, where the government is using the creation of a healthy business environment to encourage the development of a regulated and sustainable gaming economy.  Colombia is also working closely with the cybernetic unit of the police to block illegal online gambling sites.  In the panel entitled Benchmarking, Tropicalisation & Uniformity,the advances made by Paraguay where the government has been working closely with the private sector was held up as a model for other jurisdictions.

“Luiz Felipe Maia, founding partner of law firm Franco, Yoshiyasu, Maia, Simões & D’Alessio Advogados and head of the gambling, internet and technology team, provided an incisive analysis of the situation in Brazil, where the illegal market is significantly bigger than the legal one.  Whilst not proud of the current scandals in Brazil, he believes they are a sign that the country is changing.  Describing the regulatory environment as a ‘mess’ his professional view is that the bills are trying to do too much and to encompass all of the gaming verticals, thereby limiting significantly the chances of progress. A punitive tax on players will prevent the VIP market from travelling to Brazil, although the Sports Betting Bill, which was announced at ICE 2017, is expected to be released this year.”

Juegos Miami runs through to 2nd June at The Biltmore, Miami.