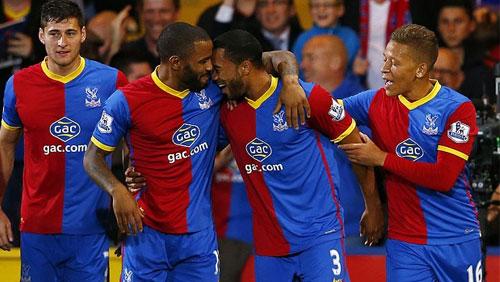 Crystal Palace brings Week 32 of the English Premier League to a close with a 3-0 thumping against Arsenal at Selhurst Park to pour more misery on the greying head of Arsene Wenger.


When Theo Walcott is your captain, you know your club has a few leaks. When Theo Walcott tells the press after a 3-0 mauling away at Crystal Palace that, ‘Palace wanted it more. You could sense that from the kick-off.’ That leak looks more like a downpour.

Arsenal has turned into a shambolic mess, and I think Ian Wright is spot on when he says Arsene Wenger has lost the dressing room. You saw it at Chelsea last season, and you saw it with Leicester a few months ago. When the players don’t want to play for you anymore, your club is in serious trouble.

When Leicester sacked Claudio Ranieri, it was a decision every bit as unpopular as Donald Trump’s presidency. But it was the right thing to do for the sake of the club. Wenger’s current deal expires at the end of the season (how that is allowed to happen is beyond a joke), and the club has offered him a two-year extension. But it’s time for the Frenchman to swallow his pride and leave the club in the hands of someone else.

From the moment Andros Townsend gave Palace the lead in the 17th minute you knew that Wenger’s proud record of leading Arsenal to the Champions League in every one of his 20 seasons at the club was coming to an end.

The stats will show that Arsenal had 72% possession but who cares? They only managed three strikes on target, and not one of them was in the second 45-minutes. It is the first time in Wenger’s 20-years at the club that he has lost four away fixtures on the bounce in the Premier League, and it represents their worst away form since 1995.

Yohan Cabaye scored his first goal at Selhurst Park since Dec 2015 to give Palace a two-goal lead in the 63rd minute, and five minutes later the superb Townsend was upended in the box, and Luka Milvovejic struck his shot firm and low to give Palace a comfortable victory.

It was Palace’s fifth win in their previous six games moving them six points clear of the relegation zone with Big Sam once again doing what he does best. And it was an important win for Palace. Vital. Next up a resurgent Leicester, followed by Liverpool and Spurs. They needed this win badly.

Here are the rest of the weekend results