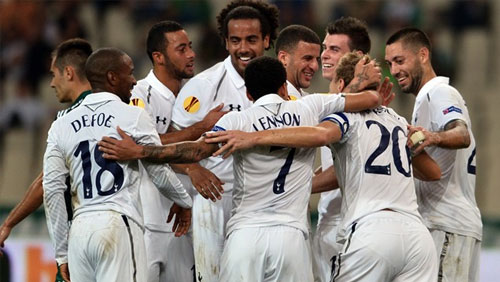 Week 32 of the English Premier League sees Spurs throw down the gauntlet to Chelsea after destroying Watford at White Hart Lane and Chelsea reacting by beating Bournemouth on the South Coast.

Spurs placed a white glove between their teeth, slipped it off and slapped Chelsea across the face with it after destroying Watford at White Hart Lane in the weekend’s early kick off.

Mauricio Pochettino’s side came into the tie on the back of 12 Premier League wins in 15 games, and ten home league wins on the spin, and yet the gap between them and the leaders was still seven points.

Spurs had a boost when Harry Kane returned to the side after a three match spell on the sidelines with an ankle injury. The club’s top scorer started on the bench and Victor Janssen was handed another opportunity to show his qualities with a start.

And the Dutchman should have opened the scoring early doors when a cross by the excellent Kieran Trippier found Janssen inside the six yard box but he couldn’t adjust his feet quick enough to put the ball in the back of the net. Instead, the ball came off his thigh and struck the crossbar.

One man who is not having trouble in front of goal this season is Dele Alli and it was the young midfielder who opened the scoring in the 33rd minute with a scrumptuous right foot curler that left the Watford keeper with no chance.

Six minutes later and the tie was dead when the ball broke to the edge of the box and Eric Dier strode into it to send crashing into the back of the net. It was his second strike in the last three games, the same total he had accrued in his previous 61.

The superb Son Heung-min had a hand in both of those goals, and it was the South Korean who sent Spurs into the break three goals to the good after he scored a long range effort. And ten minutes after the break he was at it again getting on the end of a Trippier cross to volley the ball into the back of the net. It was Son’s 11th goal of the campaign and he has been one of Spurs star men this season.

In the end, it was a stroll in the park. Watford had last won at White Hart Lane in 1985, and when you consider Spurs has not lost a league game at home all season, and had won 14 of them, that record was not going to be broken in a hurry.

That Son Heung-min inspired Spurs victory closed the gap at the top to just four points.

How would Chelsea react? 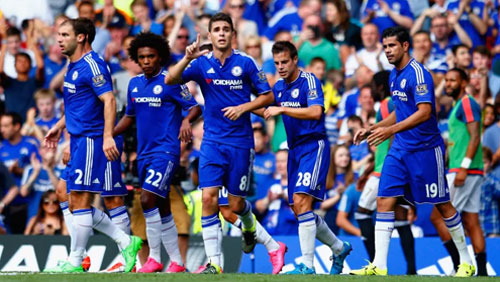 Bournemouth is one of those teams that are capable of taking points off the top teams. Already this season they have beaten and drawn with Liverpool; beaten Everton, and drawn with Man Utd, Arsenal, and Spurs.

So the Spurs team would have been watching this one with their fingers and toes crossed.

But Chelsea is imperious, especially when they score first, and that happened in the 17th minute when a David Luiz long ball found Victor Moses rampaging down the right, his cross found Diego Costa, and the Spaniard turned cleverly before slicing his shot into the back off the net off the onrushing Adam Smith.

And then Chelsea went two up three minutes later and this time luck had nothing to do with it. The brilliant N’Golo Kante cut the Bournemouth back line to shreds with a beautiful ball to Eden Hazard. The Belgian marched onwards, rounded Artur Boric and put the ball away for his 14th goal of the season, and his fourth against Bournemouth in his last three matches.

Benik Afobe nearly pulled one back for the home side when he struck a post, but Bournemouth did go into the half time interval with only a single goal separating the teams after Josh King scored his tenth goal in eleven matches with a long range effort on the stroke of half time. Only Romelu Lukaku and Harry Kane have scored more goals than King in 2017.

The second half was tight and tense. Chelsea were happy to control possession and hit Bournemouth on the break, while looking capable of handling anything Eddie Howe’s men could throw at them. And then in the 68th minute Chelsea had some breathing space.

Diego Costa was upended just outside the box and Marcos Alonso stepped up to curl his fifth goal of the season into the top corner. Only James Milner and Gareth McAuley have scored more from the back this season.

And just like that the gap was seven points.

And next week we have a case of dejavu.

Spurs will no doubt beat Bournemouth in the Saturday midday kick off to close the gap to four points, and Chelsea will travel to Old Trafford to try and pull it back to seven points. Only this time, something tells me that isn’t going to happen.

The Battle to Avoid Relegation

It wasn’t exactly an awe-inspiring weekend for the teams embroiled in the fight to prevent their club from falling apart.

Hull had the toughest tie away at Man City and they fell predictably to a 3-1 defeat. Pep Guardiola is the only manager in the Premier League who has never fielded an unchanged side, but that didn’t matter in this run of the mill tie for the Blues.

Ahmed Elmohamady put the ball into his own net in the 31st minute to give City the lead at half time. Sergio Aguero scored his 16th goal of the season with the second half still in its infancy and Fabian Delph made sure in the 64th minute scoring his first goal since January 2016, but to be fair, the lad has hardly featured since signing from Villa and must surely have to leave the club to get his career back on track. Andrea Ranocchia pulled one back for Hull with time running out.

Swansea boss Paul Clement must have looked at the fixtures this weekend and thought his side were in with a real shot of climbing out of the relegation zone. While Sunderland, Hull and Crystal Palace were facing sides in the higher echelons of power, and Middlesbrough being Middlesbrough, Swansea were facing a team in West Ham who had lost their last five games.

A win wasn’t vital for the Swans, as I think they still have an opportunity to pick up points against Watford, Stoke and Sunderland but it was an opportunity squandered after West Ham took all three points thanks to a terrific strike from Cheikhou Kouyate, his first strike in 30 matches.

What can you say about Middlesbrough?

They will go down because they can’t score goals. 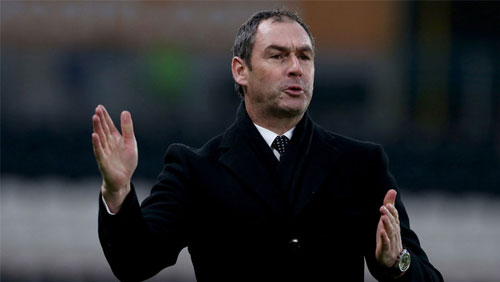 Their 0-0 draw at home to Burnley means they have only scored 22 Premier League goals all season, and that ranks as the worst goals scored performance in the English league structure.

And that leaves Sunderland.

I did well this weekend with my predictions getting 75% of my tips right. But I failed miserably with this one. I had a gut feeling that Sunderland would pull off a shock against United at home. The Red Devils had not won during their previous three visits and were poor against Everton and West Brom. But they turned it around with a 3-0 win.

Sunderland started brightly, the crowd were up for it, and it looked like it would be a difficult tie for United ahead of their crucial Europa League tie with Anderlecht. But United broke the deadlock when Zlatan Ibrahimovic swivelled at the edge of the box to smash the ball past Jordan Pickford for his 28th goal of the season.

And then Sebastian Larsson picked up his first red card of his Premier League career after a high challenge on Ander Herrera. It was a booking at best, and United went on to win comfortably from that point with Henry Mkhitaryan and Marcus Rashford scoring the other two goals for United.

Here are the rest of the weekend results