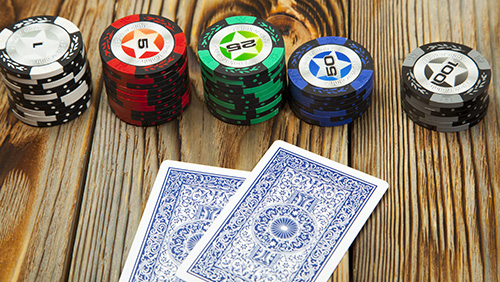 Charity is the order of the day as the Cate Hall vs. Mike Dentale Heads Up Grudge Match fails to stir up charitable interest, Devilfish Cup raises close to £100k for charity and other beneficial causes, and PokerStars Neymar Jr helps raise over €52,000 for Right to Play and the Neymar Jr Institute. 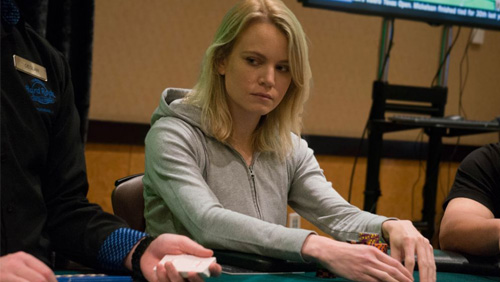 The team at Poker Night in America (PNIA), along with stand-in commentators Doug Polk and Shaun Deeb, did a fantastic job on a night where Hall had to win, and Dentale did not.

I don’t think it was a match that Hall should have gotten in. Win or lose, Dentale was always going to leave the event in better shape than he went into it from a personal brand perspective, but it could have been a total, and utter disaster had Hall lost.

Fortunately, everything seemed to fall kindly for Hall, who’s victory has sparked a renewed interest in Heads-Up Grudge Matches broadcast live over Twitch.

888Poker had a spot of fun with Will Kassouf squaring off against Stacey Matuson at 888Live King’s Festival, in a repeat of their World Series of Poker (WSOP) beef, but that was nothing compared to this crack whore, slut, idiot hate fest that PNIA put on display for a rabid poker community. They even gave it the tagline #MikeandCatePlusHate.

If you can get the right pair to agree to a heads-up match with a decent stake on the line, then PNIA have proven there is an audience out there willing to watch it. It was an excellent alternative to the clean as you like Global Poker League (GPL).

Over 20,000 poker fans tuned in to see Hall survive the trash talk to take her man down. The only loser on the night was charity. PNIA arranged for Cate Hall to play on behalf of the non-profit Committee to Protect Journalism (CPJ), and Dentale to play for Community Volunteers in Medicine, with links supplied on the broadcast for the fans to get involved.

Not many of them bothered.

Hall and her fans raised $1,625, and Dentale and his barmy army saved $341, not exactly in the same ballpark as the $1m+ Dan Smith and his buddies raised for various effective charities recently.

One person, I would have loved to have seen competing in a Heads-Up Grudge Match live on Twitch was Dave ‘Devilfish’ Ulliot. The Late Night Poker Champion and Legend of Poker passed away in April 2015, and to honour him, Dusk Till Dawn (DTD) created the £5,300 buy-in Devilfish Cup.

The first event took place as part of the World Poker Tour (WPT) UK Festivities in October 2016, and partypoker and DTD have announced the 204 players who competed in the event raised £46,500 for the Marie Cure charity.

The event raised a total of £93,000, with half of that amount placed into a Trust Fund for Devilfish’s children. His wife Anpaktita handed the trophy to the eventual winner, Lucas Blanco Oliver, who also received a guitar signed by Queen legend Brian May.

15 people, including a lucky online qualifier from PokerStars, joined the Barcelona and Brazil football ace Neymar Jr in a one of a kind home game that raised €52,300 for charity.

The money went towards the Neymar Jr Institute and the Right to Play.