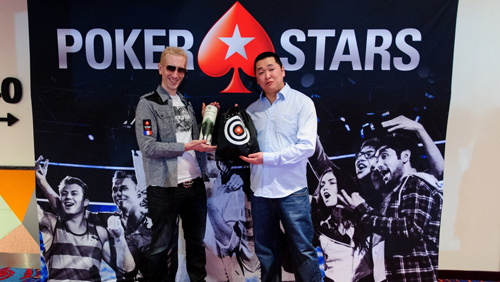 ONCHAN, Isle of Man – March 2017 – Two online poker players received an unforgettable poker experience in their journey to their first live event, and all for free, with PokerStars, an Amaya

Inc. (Nasdaq: AYA; TSX: AYA) brand. The biggest online poker site in the world provided a memorable poker education for two freeroll qualifiers at PokerStars Festival Rozvadov, and, now with some live strategy and experience under their belts, both intend to make an appearance very soon at an upcoming PokerStars sponsored event.

Team PokerStars Pros Bertrand “ElkY” Grospellier and Marcin Horecki both hosted special freerolls online at PokerStars, with the winner each getting the chance to attend the finest poker event in the Czech Republic with a full package for their live poker debut. The fun did not end there; the qualifiers had the opportunity to meet with Team Pro for poker training, tips and mentoring throughout the tournament as well as the opportunity to snap some photos with them too.

ELKY’S STUDENT COMES BACK FOR MORE

Mongolian Damdin Enkhtuya had never attended a live event before and saw the freeroll as an opportunity to play with some of the world’s best poker players. The business owner met with ElkY to take photos and discuss tournament tips, as well as their shared passion for poker.

Enkhtuya confidently jumped straight into Day 1A of the Main Event, but unfortunately busted the same day. “It is my first time playing live and I really enjoyed the whole experience,” he said. “The field is tough and it is a big challenge for me to adapt to live playing but I enjoy the sociable part of it.”

The 31-year-old thanked ElkY for the special opportunity with a bottle of Polish vodka and in return ElkY gave Enkhtuya a bag full of PokerStars memorabilia to remember his first live event by. Enkhtuya enjoyed his experience so much that he jumped into another satellite to have another attempt at the Main Event.

Twenty-year-old university student Krystian Michalski entered Marcin Horecki’s freeroll online at PokerStars after seeing the opportunity on Facebook. Michalski, an online poker player of two years, has never played live, never mind in a major live tournament. Horecki sat down for a poker training session with Michalski, who claims to have a skill for calling bluffs. Horecki visited Michalski at the table to offer some extra encouragement which paid off; he finished 151st in the Main Event, bringing home his first ever live event cash of €1,852. The Polish student plans to continue playing online satellites to hopefully secure another package for a PokerStars live event in the near future.

Both online players have now tested their poker faces and thoroughly enjoyed the atmosphere of live events. They both aim to qualify for future PokerStars Championship and PokerStars Festival events to develop their live poker skills further. 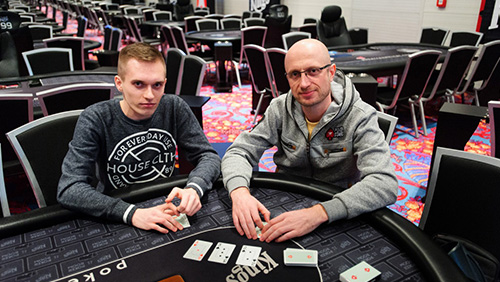