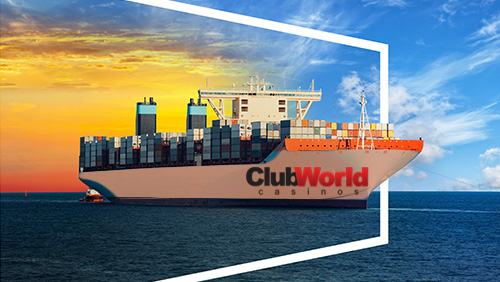 The award-winning Affiliate Edge and its group of casinos—also known as the Club World Casino group—is back in business after weathering a major storm.

Club World online casino group has been operating from the United Kingdom since 2004. In 2010, it bought Affiliate Edge, which managed the All Star Slots online casino. And since then, the group went on to win awards as “one of the most outstanding casino groups” in the world.

Information shown on the Companies House website indicated that there was a management transition in the Interactive Technology Corporation Ltd., the company that owns and operates Affiliate Edge and the online gambling websites it represents. In the filing dated December 13, 2016, it showed that Jonathan Ferster has resigned from his position as a director of the company, effective November 24, 2016. Jonathan Fersters brothers, Warren Dennis Ferster and Stuart Jeffrey Ferster, continue to have “active” roles as directors of Interactive Technology.

Industry watchdog Casinomeister.com’s Bryan Bailey described the executive shuffle as “a hostile takeover that involved the ownership in October 2016,” in which “the experienced operator was shoved out and his partners, who had zero experience with operating a casino, stepped in.” And it all went downhill from there, according to reports.

Since the takeover, senior staff members—many of them have won awards for Affiliate Edge—left the group and are unable to comment. Affiliate Edge is also accused of “detagging” or removing players from an affiliate’s account, which Bailey said is essentially a business fraud, especially in the UK where the group’s offices are located.

Club World Casino, however, pointed out that the problems were “deliberately staged to cause maximum damage.” In a statement, the group said the executive movement occurred because “after over two years of intense litigation between the directors of the business, the existing CEO resigned without notice, throwing the business into turmoil. The CEO was found to be in breach of his fiduciary duties, branded a liar and dishonest by a High Court judge.”

The group’s senior staff, including the finance director, CTO and accounts manager, “walked out within a week,” while “payment processors held back payments to the business for weeks and in some cases months, starving the company of cash,” according to Club World Casino.

The group said it has already brought in a team of consultants “to save the business from disaster,” and “the business is now flourishing and has had excellent results over the past three months.”

“There are positive plans for the future which is looking very rosy and we hope to share them with our partners ASAP. This company will be around for many years and will continue to grow and all our partners will prosper from the changes that will be implemented. We intend to speak to all our affiliates on an individual basis in the near future,” the Club World Casino said.