Lee Davy takes a look ahead of the weekend’s Premier League fixtures, including a dog panting tie between Spurs and Everton, a display of the big guns in Liverpool v Arsenal, and Leicester gets another chance to turn shame into a win at home to Hull

The weekend Premier League action begins with a midday kick-off at Old Trafford, and Bournemouth needs this tie like an icicle called Ian needs a relationship with a blow torch called Bill.

United march into the game on the back of victory over Southampton in the English Football League (EFL) Cup Final at Wembley.  They have lost just once in 26 games in all competitions and haven’t lost in the league since October. Most importantly, Unit

ed are winning when not playing well.

Jose Mourinho’s side is the in-form team in the Premier League, over a ten game span, and Bournemouth sits at the bottom of the form table. The Cherries have not won a game in eight tries, including a loss to EFL League One side Millwall in the FA Cup. Bournemouth has lost all four of their previous Premier League games, only Swansea has a worse defensive record, and they are dropping down the league table with all the grace of a cannonball falling from a pirate ship’s bow.

I will leave you to decide who is going to win this one.

The form guide shows that Swansea has lost three of their last seven Premier League ties. But when you consider those defeats were against Arsenal, Chelsea, and Manchester City, and they won the other four games, including a victory at Anfield, you have to give Paul Clement a generous hat tip for his work since replacing the beleaguered Bob Bradley.

Swansea is still in a relegation scrap, but with Gylfi Sigurdsson playing so well, and with Clement’s influence, the signs look positive that the Swans have enough flap in their wings to get out of trouble.

Burnley has no such problems. Sean Dyche’s side currently sits in 11th place, and have one of the best home forms in the division. But they aren’t playing at home this weekend, and that spells trouble for a side that has only picked up two points away from home all season.

I predict a Swansea win.

I like what Marco Silva has done with Hull since replacing Mike Phelan in January, but their appearance at the King Power is nothing more than a sideshow.

The main act is, of course, the return to form of a bunch of 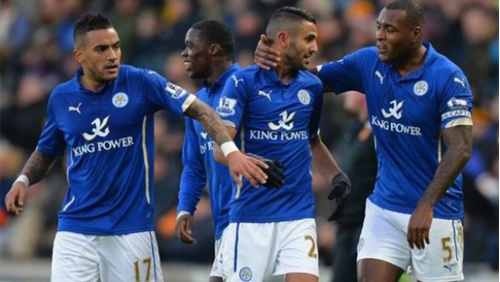 shamed Champions who wake up each morning and stare into the bathroom mirror knowing they are the reason Claudio Ranieri is now out of work.

That shame ensured they hammered Liverpool 3-1 on Monday night, and the cheeks are still blushing. Jamie Vardy has scored three goals in his last two games, after going all year without one, and that will also make a difference.

I predict a Leicester win.

Tony Pulis has worked miracles with a West Brom side, who on paper, look like a bunch of carthorses. They are unbeaten in five Premier League games, winning three, and they tend to do well when facing teams in the lower half of the division.

Crystal Palace, on the other hand, is relegation material. Big Sam is a relegation escapologist, but this is his toughest assignment to date. His Palace side beat Middlesbrough 1-0 in their last outing, to give them hope, but before that, they had only won once in 11 league games.

With Christian Benteke looking like Worzel Gummidge, Andros Townsend spending more time on the bench than a pie eating goalkeeper from Sutton, and Johan Cabaye playing like Eric Djemba-Djemba, Palace has no chance.

I predict a West Brom win.

Southampton players are allowed to walk around like peacocks following their exceptional performance on the Wembley turf in the EFL Cup Final last weekend. Unfortunately, they are probably going to limp into this tie like ducks on stilts.

Claude Puel is going to have to stoke the fires. Spirits will be low, and Watford will be more than willing to prolong their misery after a great run of form that includes a victory at The Emirates.

Stoke got their bottom spanked by Spurs on Sunday, but there should be no shame in that. They are sitting comfortably in their stable spot of tenth, and perhaps that’s Stoke’s problem. They don’t need to fight to avoid relegation, and they lack the muscle to get involved in a European spat.

Middlesbrough can’t score goals. The Teesiders have only scored 19 all season, and are level on points with Crystal Palace on the precipice of the relegation cliff face. The only thing going for Boro is their defence. Only five teams have conceded fewer goals.

It seems a Game of Thrones box set ago that pundits were talking of Liverpool as the only team capable of challenging Chelsea.

Since those heady days, Liverpool has been dumped out of the EFL Cup Semi Finals by Southampton, pushed out of the FA Cup by Wolves, and lost their year-long unbeaten record at Anfield in spectacular fashion when they lost three games on the spin.

Arsenal has also stuttered with defeats against Watford, Chelsea, and a royal kick in the nuts by Bayern Munich, but before that trio of defeats had gone on a run of seven games unbeaten.

I predict a high scoring draw.

Spurs vs. Everton is the intriguing tie of the weekend. Both sides are in a rich vein of form, and it will be interesting to see how Ronald Koeman’s youngsters compete in a ground that has become a fortress for Spurs.

The key lies with the frontmen.

Harry Kane is scoring hat tricks with the same frequency New York street hustlers sell effigies of the Statue of Liberty, but Everton has a cannon in their ranks.

Romelu Lukaku is experiencing the form of his life and banged in four during Everton’s 6-3 demolition of Bournemouth. The pair of them have 17 Premier League goals a piece, and I think they will ultimately determine who wins this one. 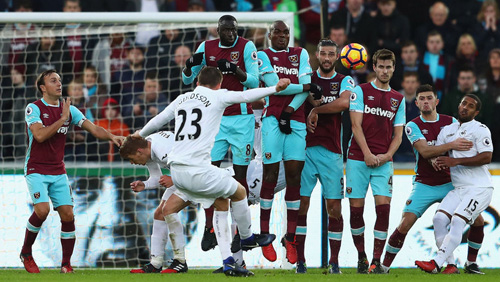 West Ham is only one of four teams to beat Chelsea this season after knocking them out of the EFL Cup, so at least they know the password.

But Chelsea has changed the locks quite a few times since that October defeat. They have been in cracking form since losing to Spurs at the beginning of the year, unbeaten in nine, and winning seven.

Ultimately, I think Chelsea will have too much pace for West Ham and will nick it by two clear goals to take them closer to the Premier League title.

I predict a Chelsea win.