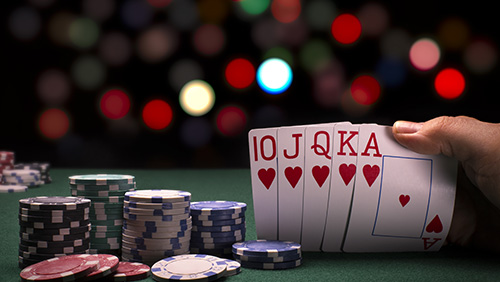 In this week’s poker news round-up Lee Davy reminds you that Viktor Blom could be signing for Unibet; Mike Leah is the King of the World Poker Tour event in Fallsview, and the perfect poker politician lives in Australia.

Let’s start down under this week, with the greatest politician poker has ever had in its garrison.

Liberal Democrat Senator, David Leyonhjelm, joined the Australian Online Poker Alliance (AOPA) army this week. The pair is trying to avoid online poker being caught up in Minister’s plans to get a tighter grip on foreign operators offering gambling products in the country.

Leyonhjelm has penned an amendment to the Interactive Gambling Bill in the hope that online poker and blackjack can be exempt from the rules that will effectively ban them in the country.

The best bit about Leyonhjelm was his advice to Australian poker players if it all goes Pete Tong:

“And if none of this works screw the government get yourself a VPN and an offshore account and carry on as you were.”

Leyonhjelm isn’t the only outspoken politician with Australian ties. Tony G, who spent most of his young life surrounded by kangaroos, quit the game to join the European Parliament for Lithuania, but he will make a return to the felt for the Super High Roller Bowl.

Tony G will join the likes of Bill Perkins, Phil Hellmuth, and Leon Tsoukernik, in what promises to be a television spectacular. Organisers of the High Stakes event recently announced the final 20-players, to take the total to 55. They publish the name of the celebrity player next month.

The members of the Super High Roller Red Hand Gang are currently sipping Pina Coladas in Manila. They are there for the Triton Super Series, and there is a case of Deja Vu as a young German in his 20s, who lives in Vienna, is cleaning house.

Last year, Fedor Holz won over $3.5m at the event. This year, Koray Aldemir has won the Main Event taking home $1.2m. The other winner at the Triton Super Series was Dan Colman. The former One Drop winner won the Six-Max event for close to half a million – he even smiled afterwards. Erik Seidel finished second, and I shared my prediction that he would overtake Daniel Negreanu at the head of the All-Time Money List by year end. All of those named in this paragraph will compete in the SHRB.

Viktor Blom is no stranger to the High Stakes action, but cash games rather than tournaments. The Swedish star who took the world by storm during his online clashes with the likes of Tom Dwan, Phil Galfond, and Patrik Antonius, is currently in talks to become an ambassador for Unibet. Blom appears at the Unibet Open in London. The British trio of Dara O’Kearney, David Lappin, and Ian Simpson also joined as ambassadors this week. And Unibet’s online poker partner Relax Gaming was awarded with the Poker Supplier of the Year Award by Gaming Intelligence.

Sticking with the London theme and six months after PokerStars announced plans to cull all of their live tournament brands and house them under the PokerStars Championships and Festivals banner, they have broke tradition. This week, Stars announced a partnership with the Hippodrome Casino to launch five PokerStars Live London Festivals.

Pats on the Back Time

One man who used to be in love with PokerStars but now wouldn’t piss on them if they were on fire is Pierre Neuville. This week, the Belgian won his first-ever prop bet when he made the Global Poker Index (GPI) Top 50 featuring at #47. He told PokerNews that he was planning on playing over 170 events this year, but hardly any on the PokerStars circuit after falling out with the European Tournament Director Thomas Lamatsch, calling him a man ‘who thinks he is a king with no respect for players.’

And Maurice Hawkins is tied with Alex Masek at the top of the All-Time World Series of Poker Circuit (WSOPC) Ring Winners Charts. Hawkins has nine after winning a $365 buy-in event in his hometown of Florida.