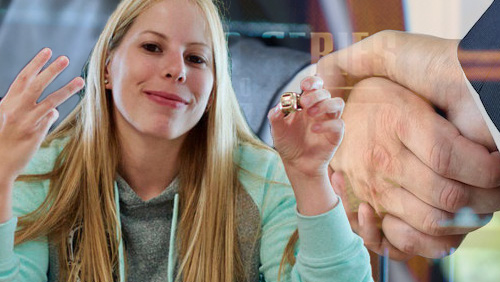 
888Poker continues to grow their brand recognition on a global level by announcing a partnership with the World Series of Poker (WSOP) for the third successive year.

The online poker behemoth will be the exclusive provider for WSOP online satellite qualifiers and promos, and the team at 888Poker believe this year they will send more players than ever before.

Last year, 888Poker sent more than 250 players including November Niners Fernando Pons and Griffin Benger. The Spaniard, Pons, qualified for the event for €30, and had never before visited Las Vegas before finishing ninth for $1m. Benger, a former PocketFives World #1, finished seventh for $1.2m.

As part of the deal, 888Poker will act as the exclusive telecast partner with images of the WSOP flying into the homes of 300 million people living in 84 countries.

888Poker Ambassador, Kara Scott, will also play a vital role in the WSOP as the anchor for the ESPN coverage alongside stalwarts Lon McEachern and Norman Chad.

And this isn’t another one night stand.

888Poker will be in a relationship until the end of the 2018 event with an additional two-year option.

At this rate, Loni Harwood is going to have more bling than a gangsta rapper.

Harwood won her third World Series of Poker Circuit (WSOPC) gold ring after defeating 1,117 entrants in Event #2: $365 No-Limit Hold’em Re-Entry at the Palm Beach Kennel Club in Florida. She defeated A. J. Kelsall in heads-up action to win the first prize of $61,156. It’s her fourth cash of 2017, including a 3/1509 finish at the WPTDeepStacks Lucky Hearts Poker Open in  Florida.