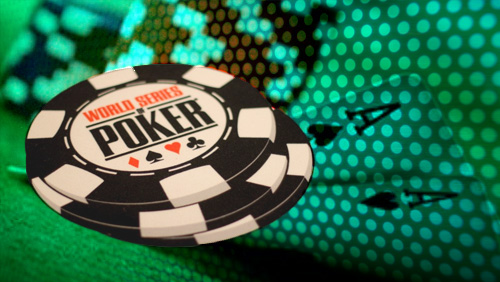 Three barrels from the World Series of Poker including the One Drop High Roller heading to King’s Casino; the release of the 48th Annual WSOP Structure Sheet is out, and has Nolan Dalla worked at his final WSOP?

The $111,111 One Drop High Roller is going to be one of the ten gold bracelet events taking place at the Kings Casino, Rozvadov, as part of the World Series of Poker Europe (WSOPE) Festival.

According to PokerListings scribe Dirk Oetzmann, Kings Casino owner Leon Tsoukernik announced the news along with the admission that 31 players have registered.

Roller (SHR) winner. Tsoukernik took the SHR title after beating 49 entrants in December, and will undoubtedly feature in the One Drop event.

The WSOP and One Drop Foundation first held the One Drop High Roller as part of the 2014 WSOP festivities in Las Vegas. The event amassed a $17,891,148 prize pool, and Tony Gregg topped a field of 166 entrants to take the $4.8m first prize.

It will be the first time the One Drop High Roller has featured in a WSOPE Festival. The 2017 tournament organisers will cap the event at 111 players, and Tsoukernik said 20 ‘private people’ have also registered. I assume that means ‘non-professionals,’ making it an event the pros will not want to miss.

PokerListings also noted that there would be a Little One for One Drop, but no other tournament details were released.

Nolan Dalla to Leave the WSOP?


One man who won’t be at the WSOPE in Rozvadov is WSOP stalwart Nolan Dalla.

In a personal blog post titled: 55 Things You Probably Didn’t Know About Me, written on his 55th birthday, Dalla explained he drinks wine every day, hates mushrooms, has met and spoken with Donald Trump four times, is planning on writing a book over the next six months, and has ‘probably’ worked at his last WSOP.

You can read Dalla’s blog post in full, right here.

WSOP Structures Are Out

The structure sheets for all 74 events that make up the 48th Annual WSOP is out.

I have nothing witty or worthwhile to add.