This past Sunday (February 5) Michael Bent passed away in Makati Philippines. He went peacefully after a short illness surrounded by his loving family. 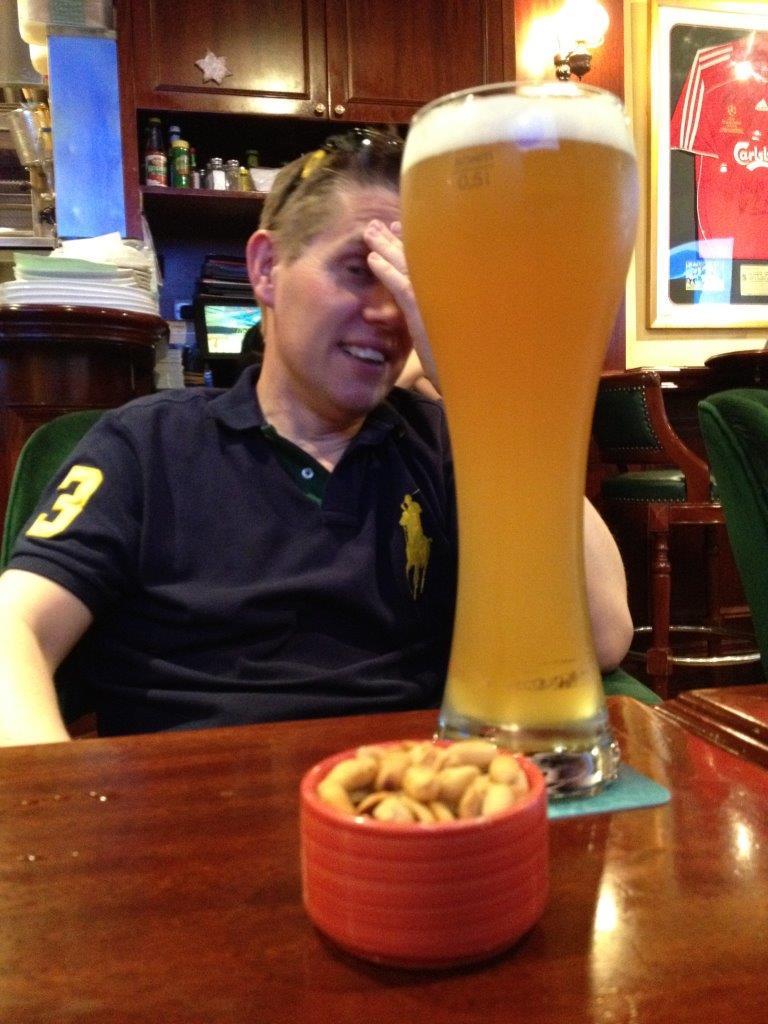 It’s always sad when we lose one of our own and if you had met Michael, then you know what a loss it is to the industry.  I didn’t work with Michael but whenever our paths would cross, I’d leave with a smile.

We thought it was best to let the people who knew him well to share their experiences with the jovial Irishman.

Tony Anthony, Director of HR for Tyche LTD – “Michael had a quality that was hard to find in a leader. His unique ability to connect with people at any level was his secret sauce.  He was able to bring people together because they wanted to be a part of what he was doing. His enthusiasm and passion was contagious. He also treated everyone with dignity and respect. It didn’t matter if it was another executive or someone doing maintenance, they were all part of the team. He instinctively knew how to bring out the best in people. He was a man who displayed the highest levels of ethics and genuine integrity.”  An incredible loss for all who had the privilege of working with him.

Keith McDonell CEO of KMI Gaming – “Michael was an industry colleague but far more important than that he became a good friend. I knew I’d made a friend after we had a stand up row in Dubai airport on the way back from one of our Asia trips. We had little / no sleep and had a right go at each other over something trivial. I don’t back down easily, and Michael certainly doesn’t either, but its a mark of the man that 10 minutes after the exchange, I was the one left feeling guilty. So guilty in fact I bought him a present – “Learn to speak Mandarin Chinese, for dummies” – can’t say I ever heard him use it, apart from maybe when ordering beers in Macau! 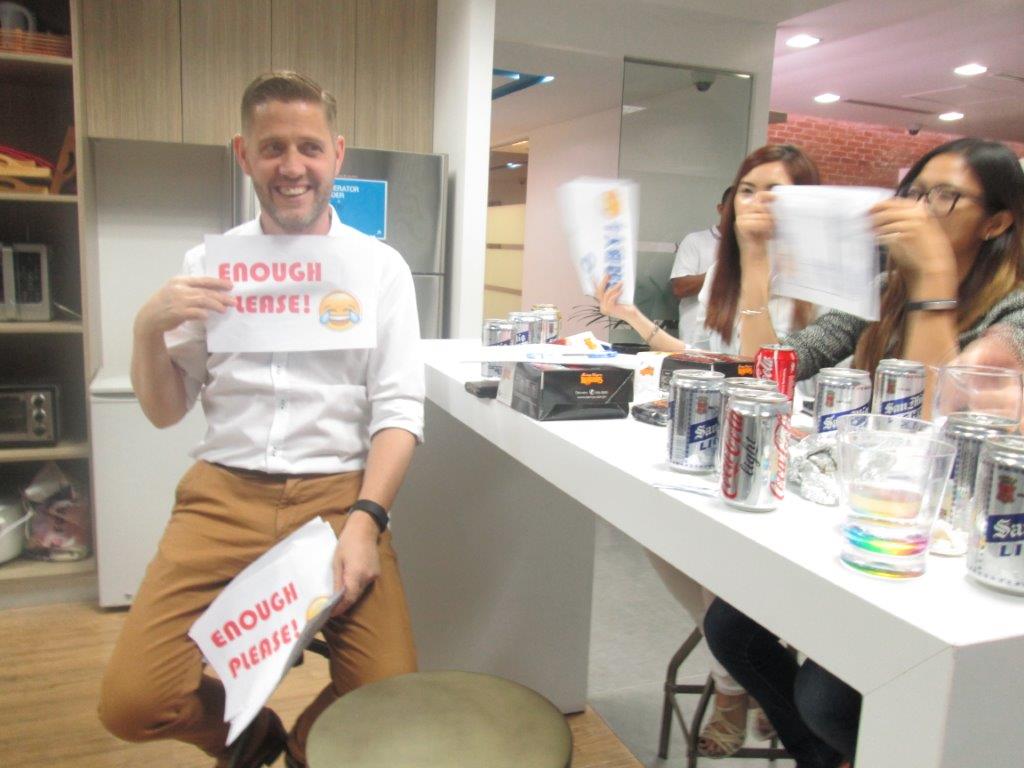 Michael had a natural ability to relate to people, from anywhere and everywhere. People just liked him. On occasions I could read the twinkle in his eye. After a long day of meetings in Manila on one trip, Michael, myself and the third member of our trio – Keith O’Loughlin – decided to call it a day. But in the lift going to our rooms I could tell Michael was not ready, and neither was I. Sure enough, after a couple of synchronised (and immediate) text exchanges in our bedrooms, Michael and I were downstairs, and out, putting the world to rights over more than one nightcap, while Keith was fast asleep counting sheep upstairs (this is probably the first time Keith has heard about this). Ever the pro though, he didn’t miss the early meeting the next morning, and was on top of his game. I, on the other hand, was there in body but definitely not in mind!

Michael had an efficiency about him that extended to his sleep patterns. If there was only a 5-minute window and as little as a washing line in sight, Michael saw it as an opportunity for a kip. Granted I think that was taken too far on one occasion when he had a sneaky sleep while we were in a meeting in Manila…but I don’t think anyone noticed, apart from me and Keith O’Loughlin, and therefore, Michael never heard the end of that. Of course, and to be expected, Michael countered the jibes by pointing out my skills as a travel agent were brutal (I had put the itinerary together poorly – we only realised we would be going to Bangkok when we hit the runway) and Keith enjoyed more than the average person by way of food! Or as Michael would say, his special diet indicating special needs.

I will miss Michael a lot. He was first on my list for dinners over this last year when going to Manila.  From when I first met him in 2011, followed by those two long Asia trips, I feel I made a true 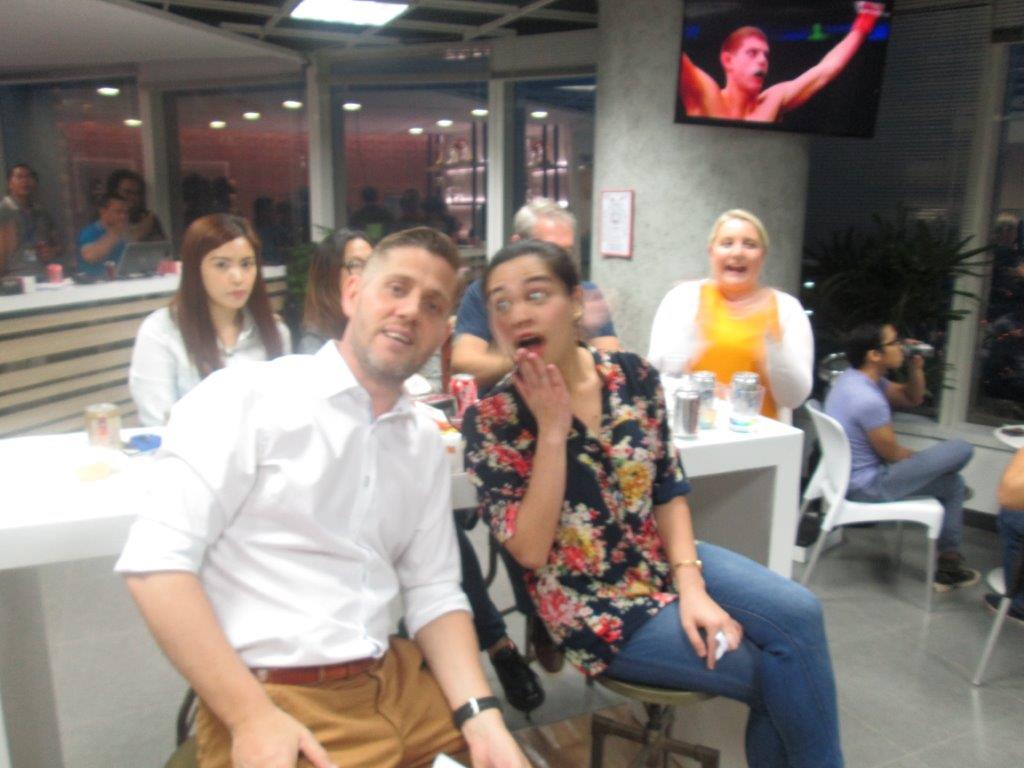 friend. Great for banter, terrific for getting shit done, and also with a deeper more sensitive side, Michael had a natural ability to adapt styles depending on whatever situation presented itself. RIP Michael, we will all miss you, but I am privileged to have known you and called you a friend.”

John Boyle and Conor Gray of BoyleSports – For many years we all admired Michael’s work ethic and ability to get any project over the line.  But Michael was much more than a professional employee. He was someone who for his entire period with BoyleSports did his absolute best all the time. During his ten plus years with the company, he never had one day’s absence!

Having started with BoyleSports in June 2004, his first project was the roll out of our new backend system across our entire business. Working to the tightest of tight deadlines he succeeded in meeting his targets and changing the face of our business forever from an operations point of view. Throughout the ten plus years with BoyleSports he was involved in many more projects, and there probably wasn’t a department in our business that he wasn’t involved in one way or the other. Michael would happily turn his hand to anything that he felt he could help or support, and indeed the bigger the challenge the greater the hunger he took to overcoming the challenge. The bigger the challenge the more likely the business was going to call on Michael to see it through!

His beloved Dublin GAA team! He supported them through thick and thin. It was more thick than thin of late but he never forgot the tough days following them. He loved it. Every year come the 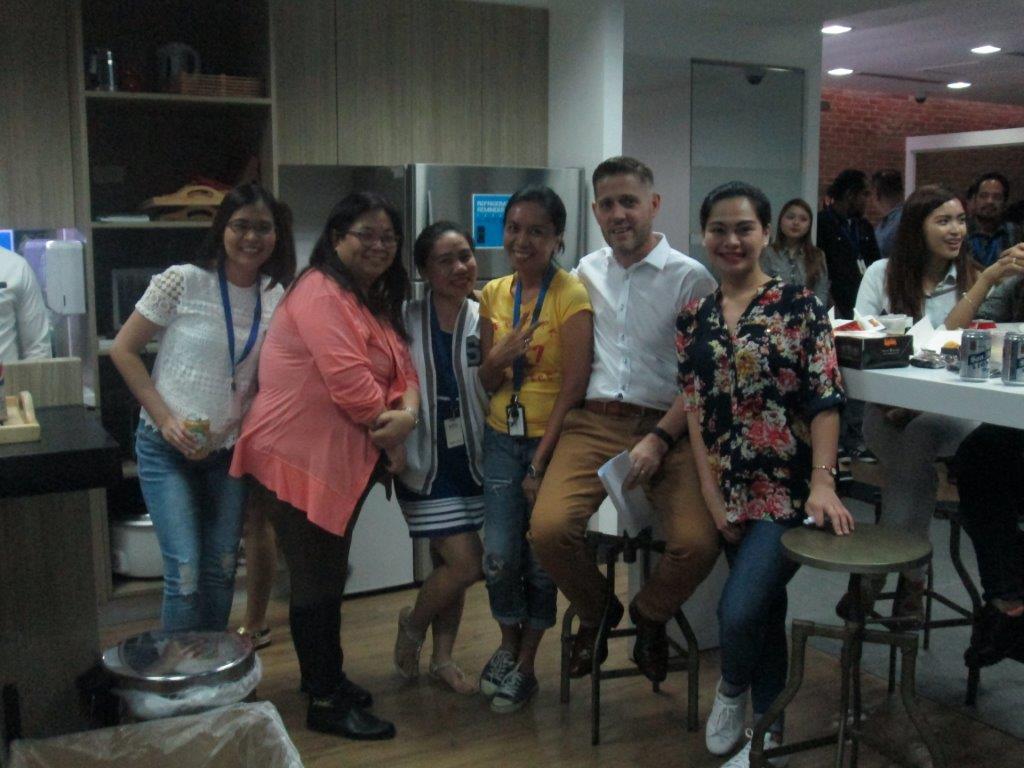 final stages of the Championship he would deck his car out in the flags of Dublin! He would be as proud as a peacock and indeed the day someone stole the keys of his car and went and out and took the flags from his car he was less than impressed and took care to highlight that their efforts were motivated not by fun but more of jealousy towards his County! He took great delight in telling the culprit that he would NEVER get the chance to take his colours down on his car as his County were incapable of getting anywhere near the final!

Kitted out impeccably every day he loved nothing better than a nice suit with a matching shirt and tie. He was always presented well and ensured that his team were always kitted out in the standards he expected. He was known over the years to send chaps in his team home to get a tie when they neglected to get suited up. In actual fact, on many occasions he was known to be quite animated. When a colleague of his used to wear denim jeans to meetings (on purpose of course) with our Audit Partners. Lets just say his response was colourful when the colleague turned up dressed in his “gardening jeans”.

Michael was known to be a bit of a trendsetter in the office at times, with the odd Abercrombie and Fitch t-shirt making 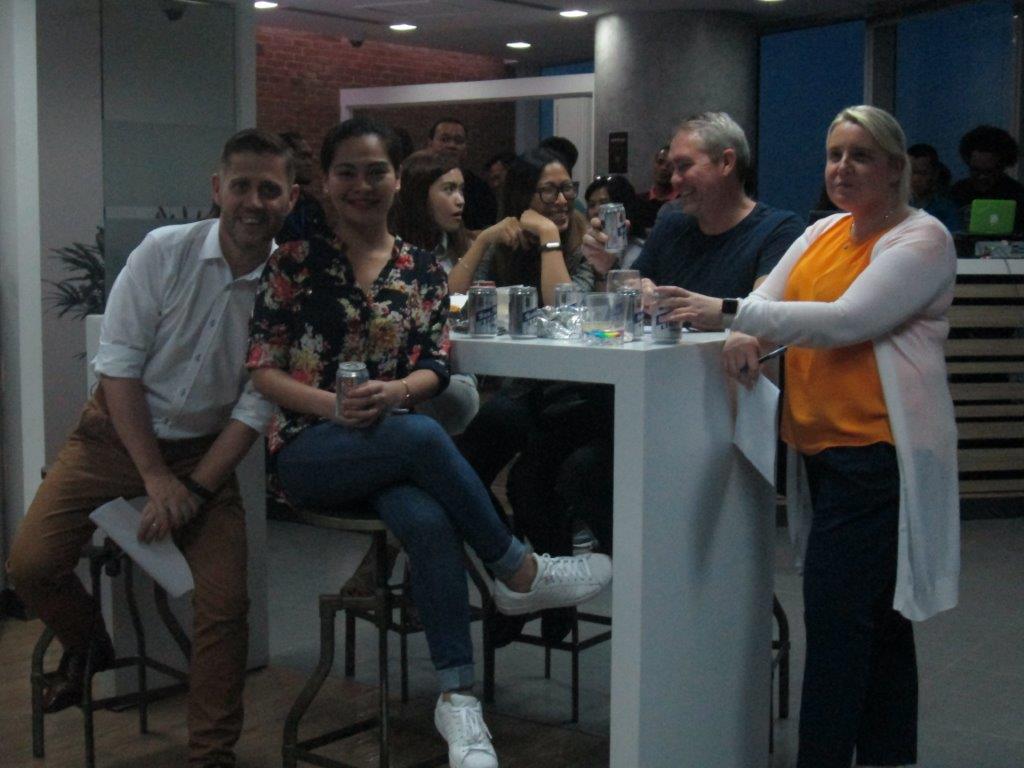 an appearance some Fridays. You can imagine how kindly he took to it when he was told by a few of the younger generation that he was ‘too old to wear Abercrombie and Fitch’! After this he always made sure his clothing brands were ‘cool’ for him to be seen in, before he would wear them to the office!

Sadly missed by all at BoyleSports that knew him, his contribution to our company is well recorded and very recognisable. His can do attitude combined with his fierce determination and ability to grind out results meant that he was a great colleague to all that knew him and a great friend to BoyleSports.

We missed him when he left in January 2016 but were delighted for him and his new challenge! It is too sad for words when things like this happen, but in the case of Michael Bent we console ourselves with the belief that God has taken back home one of his very best guys!

Michael will be missed. We want to extend our condolences to his family and all of his friends in the industry. If Michael touched your lives and you want to share you memories or respects, please feel free to do so in the comments below.

Keith O’loughlin of Ladbrokes Coral – I worked very closely with Michael for 3 years and look back very fondly on that time.  He had an incredible drive and capability to get things done. He had a great understanding of the commercials underlying a business with much more colour than a typical Financial Director would.  He gave me fantastic support and healthy challenge in equal measure but at all times he wanted to get the best outcome.

He was never afraid to get his sleeves rolled up – in fact he was always first in the queue.  We wanted to have a summer BBQ for everybody based in Dundalk so we bought a couple of large BBQ’s and Michael and I flipped burgers and hot dogs for anyone that wanted them.  Everyone who got one from Michaels stand got a funny comment along with their food!

He was always smiling. In all the pictures I have seen of him, I think he is smiling in them all.  That was him, always ready to get behind something and always with a smile.

He loved life, his family, his work and his friends, and gave himself completely to each.

I travelled with him many times on business trips. He was always great company. He would introduce me to flight attendants as the guy with special needs rather than special diet requirements – and then typically he would erupt laughing.

On one trip, he said he was doing a triathlon in about 6 weeks and would i do it with him. I said I wouldn’t m. “Why?” He asked. “Because I am a novice swimmer.” You’ll be fine, you’ll be fine”.  After 4 hours of intense pressure, I gave in. To his credit, he helped me get a swim instructor and we both completed the triathlon. True to form he was at the finish line when I crossed it and had a suitably smart comment to share with me!

I hurt my shoulder at one stage while travelling with him, and when I mentioned it, quick as you like he retorted “that’s because you tried to lift my weights this morning”. He loved cycling and we would talk bikes and cycling regularly.

He was never phased by things and always met them head on. He had a great phrase “pressure is for tires”.

I have reminisced over the past week a lot about him, and I smile with every memory.  He has gone from us too early, but I look on all the things he packed into his life the impact he had on everyone he knew and everything he touched. I am very grateful for knowing him and being such friends and he will live long in the memories of all who knew him.

As we say in Ireland – ar dheis De go raibh a anam. 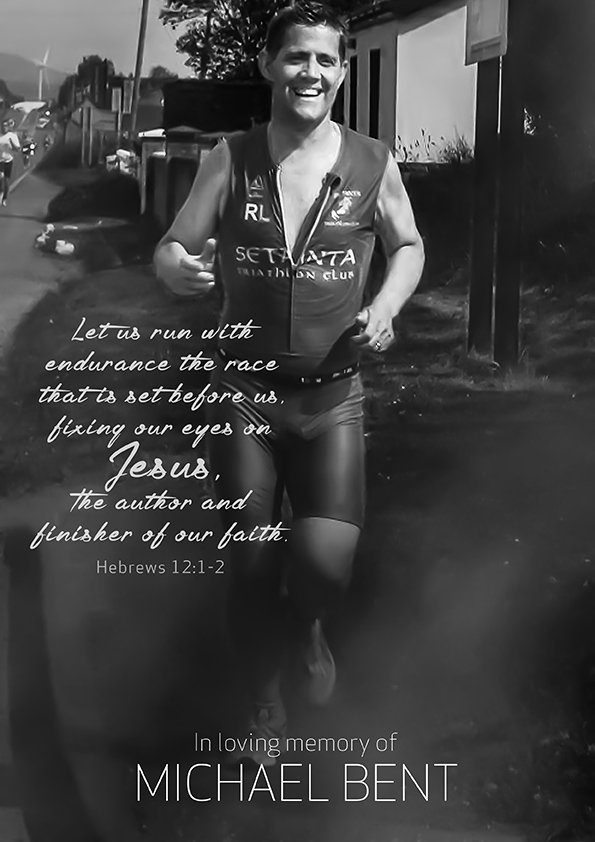