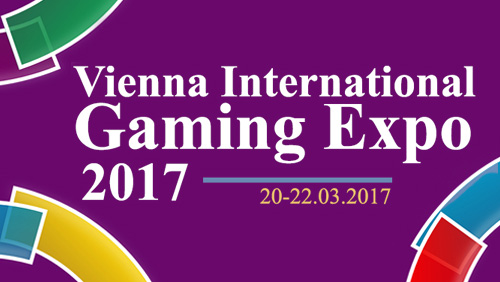 Tuesday, 10th of January 2017 – 2017 will the tipping point among EU member states which will urge decision makers to update their gambling laws or come up with new regulations and start dealing with online gambling more seriously. This new wave has been growing at a rapid pace on a global scale and the year ahead will be certainly full of news about newly regulated markets in Europe.

Vienna International Gaming Expo has the role to bring all these discussions together and highlight the markets that will create headlines across the iGaming News sector for investors and iGaming Service Providers.

Several countries are expected to create changes in the regulations of their gambling markets this year or at least create the framework for it. This is one of the reasons we are focusing to bringing together the most influential professionals from the top trending markets that will make the move in 2017.

The main focus is of course the Austrian market….

….where the Austrian Association for betting and gambling is striving for a nationwide regulatory gambling and betting framework in Austria intending to create a fair and viable betting/gaming market which is also consistent with the requirements of EU law.

The Association espouses the integration of sport, an effective prevention of betting and gambling addiction, the protection of minors and a comprehensive crime prevention system.

….we witness that Germany’s current gambling regulations isn’t very clear to be deemed effective. Some lawyers are even saying that their jobs are booming just because of the charges they apply for investors that don’t really understand what is happening in the market. Based on the information we have and the information which will be shared during the conference, it seems that this may well change in 2017.

In 2016, the heads of the country’s 16 states started the long-anticipated discussions about how the regulatory environment should be changed to work at its best and attract operators.

German states began adopting the Interstate Treaty on Gambling in 2012. The law became effective in all 16 jurisdictions a year later. In general, the treaty provided for the legalization of online sports betting options. However, it capped the number of licenses to be issued to just 20. That limit was said to violate an EU-wide law about an interested party’s right to provide services. As a result, the Treaty was declared unconstitutional by European authorities.

To show their willingness for compliance with EU regulations, the 16 German state heads started a process of a comprehensive revision of the country’s gambling regulations. Officials are set to examine regulatory frameworks adopted by other EU jurisdictions to make sure that theirs will be approved by the EU, when the times for this comes.

While the German market updates are awaited by many, an even “stuffier” regulation is being adopted in Poland, ….

….where under the country’s 2011 gambling law, sports betting is the only legal online gambling activity in the country. After the mentioned law was adopted in 2012, four licenses were issued to local companies. Other operators interested to provide their products to the local market were required to establish subsidiaries with physical presence in the country. Later amendments to the Gambling Act scrapped that requirement.

In May 2016, Polish lawmakers indicated that changes would be implemented to the existing regulations, ones that would introduce a much-needed diversity in the market. The amendments came into reality in mid-December.

Under the country’s updated Gambling Act, online poker and slot games will be provided to local customers. However, the operation of those will fall under the purview of the state monopoly. Unlicensed iGaming operators will be blocked from the local market.

The amendments are set to become effective on April 1, 2017. Any companies that do not operate in compliance with the new regulations will be blocked by July 1, 2017.

During VIGE2017, the expert on the online gambling industry and a special guest from Poland will discuss and explain the new amendments which can be taken into consideration by igaming companies looking to expend to Poland.

While these large markets seem to be getting all the attention, we are not forgetting to focus on smaller countries in the region.

Slovenia is among the countries which made first steps towards the regulation of its online gambling market in 2013. Lawmakers prepared regulatory framework, which was presented to the European Commission in early 2016. The new regulatory regime is likely to be adopted sometime in the first half of 2017.

Under the proposed amendments, international operators will be able to apply for licenses to provide iGaming services to local customers. However, sports betting and lottery operations will still fall under the state monopoly.

Slovenia holds a great potential to turn into a highly popular online poker market, particularly given the fact that neighboring Italy has ring-fenced online poker operations. Many prominent Italian players moved to Slovenia so as to be able to play the game against international competition. PokerStars’ recent exit from the country came as a big blow to those players. The good news is the world’s largest online poker room has revealed that it would likely return to the market as soon as possible.

With that being said, we will update the article with the confirmed speakers once the list will be public. Until then we advise you to register and book your seat to attending the VIGE 2017 Seminar sessions which will be held during the 3 days of the exhibition.

Be sure to save the date and attend VIGE2017, which will be held between the 20th and 22nd of March 2017 at the Austria Vienna Center in order to hear the fresh information at the seminars which will be held within the Expo, highlight your brand for visiting delegates by booking a stand or attend and network with the leading and newcomer company representatives that are going to be present at the show.

THE ORGANIZERS LOOK FORWARD TO SEEING YOU IN VIENNA!