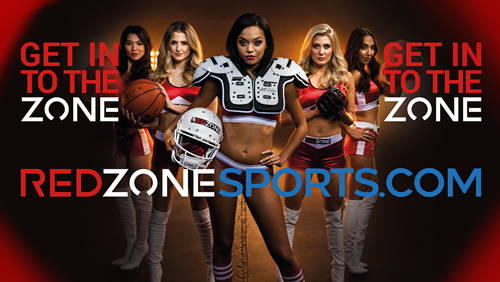 November 2016 – London, UK (Press Release): Fans of US sports in the UK can now touchdown at a new home for all their betting needs thanks to the launch of RedZoneSports.com.

Whether it is NFL, NBA, MLS or MLB, RedZoneSports will have the best prices and biggest markets for the punter who loves all things North American.

While also offering a comprehensive range of odds on traditional European sports, such as football, horseracing and tennis, RedZoneSports believes its launch finally offers fans of major US leagues the level of coverage that they desire.

Following the Chicago Cubs’ historic World Series win, and with the NFL, NBA and NHL seasons now in full swing, there could not be a better time for punters to turn their gaze over the pond.

And while the major British bookies continue to undervalue fans of US sports by offering similar odds and unimaginative markets, RedZoneSports is about to offer a whole new ball game.

“At Redzone we love all sports but we have a particular soft spot for all things American, and especially NFL,” said Stephen Baumohl, Vice President of Trading  at RedZoneSports and previous Head of US Sports at Sporting Index.

“If, like us, your heart beats a little faster from September to the Super Bowl you will have noticed that there is very little choice between bookmakers when it comes to betting on American football. This is due to the fact that almost all bookmakers follow the line set by Las Vegas… and we know what happens in Vegas should stay in Vegas.

“We believe in creating our own lines and odds for US sports and we are prepared to back that up by having high limits for all customers.”

As well as the best prices on US sports and countless bespoke and custom betting opportunities, fans can expect exclusive US-themed content, promotions, offers and  mega prizes all while being safe in the knowledge that RedZoneSports is fully licensed to operate by the UK Gambling Commission.

The launch of RedZoneSports, which is operated by Argyll Entertainment and powered by Amelco, comes just weeks after sister site BetOnBrazil.com – backed by talkSPORT presenter and former Scotland footballer Alan Brazil – went live. The strength of the BetOnBrazil brand has already been recognised through its nomination for two gongs at the SBC Awards, which celebrates excellence in the gambling industry.

Stuart Tilly, CEO of Argyll Entertainment added: “Following the initial success of BetOnBrazil we want to take our same philosophy of having entertainment at the heart of everything we do and apply it to a US sports-themed gambling destination for the rapidly-growing number of UK customers who follow the NFL, NBA and other major US sports.

“There were three NFL games hosted in the UK this year and the league hopes to have a permanent London team within 10 years. This is a great time for the betting industry to reach out to fans of US sports across the UK.”

To find out more about RedZoneSports, watch this video here.