The British Basketball League has agreed a six-year deal with Perform, the leading digital sports content and media group, for the distribution and sale of all global media-related rights. 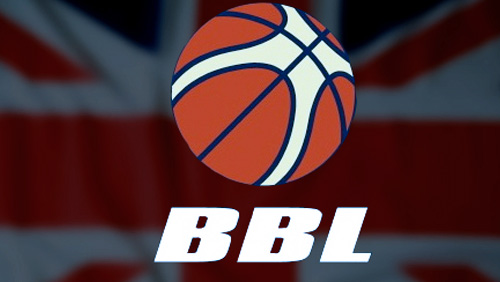 Perform will manage the broadcast and digital rights for all BBL games, including exclusive streaming and data rights for Perform’s Watch&Bet and RunningBall products.

The long-term commitment between the two organisations (commencing 23rd September), will see all of the season’s 242 BBL games streamed live worldwide on Perform’s Watch&Bet service, plus a selection of the best BBL games streamed direct to BBL fans on Perform-managed, LiveBasketball.TV.

Basketball has long been a major focus for Perform. Today’s announcement with the BBL follows Perform’s recent ground-breaking partnership with FIBA, the International Basketball Federation, which saw the London-based company become their worldwide partner for the distribution and sale of all media-related rights.

“This partnership with Perform Group is an absolute game changer for the BBL and the sport of basketball in the UK,” stated BBL Commercial Director, Bob Hope.

“It represents a massive investment in the sport, and it will allow games in the BBL to be streamed to a world-wide audience.

“We are particularly delighted to be able to deliver top BBL club action via a well-established partner like Perform.

“We are confident that both our existing basketball fans, and many new fans, will appreciate this new accessibility to the great, action-packed sport that is BBL basketball.”

“We are delighted to reach this agreement with the BBL.

“It is great news for the sport of basketball in the UK, and will enhance the portfolio of products we can offer to basketball fans worldwide.

“We believe this partnership illustrates that Perform is a committed investor in the global game. We are excited about the BBL plans and growth strategy, and the potential of this deal to broaden our ties to British Basketball.”

The BBL – British Basketball League – is an independent company, owned by its member clubs, which has run the top men’s professional league in the UK since 1987. It operates a system of franchises over the UK stretching from Plymouth in the south west to Glasgow north of the border.

The BBL is a major contributor to the development of the sport at all levels and its member clubs place a large emphasis on work undertaken in their local communities. The BBL also services the WBBL, and has established and supports the charity, the Basketball Foundation.

The 2016/17 season is to be the League’s 29th, and promises to be the most successful to date both on and off the playing court.

The BBL recently announced a new media rights deal with the BBC.

Perform is a leading digital sports content and media group.

Our mission is to connect the world of sport by supplying some of the quickest, most detailed and most engaging content, managing a network of wholly-owned global media brands and delivering premium sports content directly to fans.

Our B2B brands do this by contributing to one of the world’s most comprehensive sports content collections and distribution operations, servicing global customers in the broadcast, digital media and bookmaking industries.

By investing in and developing our own media brands, we create destinations in which global advertisers and brands can engage with a huge worldwide audience of sports fans across all types of digital platform
Perform recently launched DAZN, its multi-sports OTT service, in Germany, Austria, Switzerland and Japan.
Visit http://www.performgroup.com/ for further information.