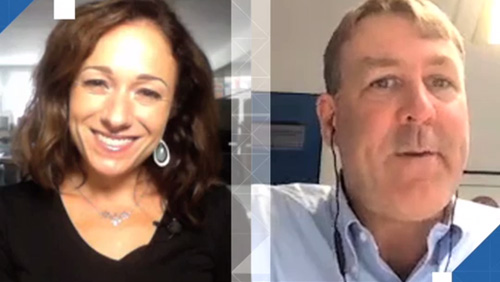 With the upcoming Betting on Sports Conference on September 15th and 16th in London, I wanted to dedicate this week’s column to innovation in sports betting platforms.  My subject this week was Dave McDowell, Co-Founder of FSB Tech, a managed, innovative sports betting solution.  Several years ago McDowell and I had our first chat about FSB Tech and the innovation behind it, fast-forward to the present and his organization has enjoyed enormous growth since that initial meeting.

McDowell has been in the online gambling industry for 16 years and has a wealth of knowledge when it comes to the sports betting platforms, the technology behind them and the industry’s latest trends.  He identified a gap in the market and a new way of providing cutting-edge technology to sports betting operators at a fraction of the cost, a guaranteed recipe for success.

“There’s always a lot of talk of innovation in the industry and most people think of innovation as a new product, a new way to gamble. And one of the ways I think we’re innovating at FSB is instead of trying to create the next big thing, actually we’re taking a look at the operational infrastructure of how you run a sportsbook and we’re trying to innovate by using modern technology.  Its really the industrial revolution coming to the industry”, shared McDowell.

When I interviewed McDowell several years ago, FSB Tech had just launched their first turnkey solution for Genting.  Between then and now, FSB Tech has signed up fifteen licensees, launched ten brands and has several more brands going live soon.  FSB Tech now has operations in the UK, Ireland and Tanzania with plans to expand into other geographical regions within Africa and Asia as well.

The young company has also outgrown their original office space and moved into swanky Shoreditch accommodations, along with a new Operations Director and Account Management team to help scale up the operations.  All and all, its exiting times for McDowell and the FSB Tech team.

Alongside FSB Tech’s customer and geographical growth there have been a number of developments including the integration of Microgaming, Realistic Games and Evolution to offer casino games and live dealer, the launch of their own private cloud hosting facility and the recent launch of their first stand-alone platform for Blacktype, marking a move from supplying Turnkey services to offering software licenses.

“With Blacktype, it’s a stand-alone platform and [our customer have] complete control over their entire pricing strategy…its very difficult for any new start-up to actually come out of the gate with a product that they don’t have to worry about anything, they just focus on the trading and we handle all the infrastructure underneath”, said McDowell.

In order to achieve and maintain exponential growth like we’ve seen with FSB Tech, its paramount to launch new products such as Blacktype and to stay on top of the latest industry trends.  Virtual sports, not to be confused with eSports, have caught the attention of sports betting companies as of late.  Technological advances have drastically improved virtual sports offerings and plenty of bookmakers are looking at virtual sports to fill the gaps for customers across all time zones when live games are not taking place.

“I think anyone you talk to who’s got a sports book will say they’ve got ‘x percent’ uptick from adding the virtual sports.  There’s no doubt it will add revenues”, said McDowell.

For FSB Tech, adding virtual sports to their platform hasn’t happened just yet but is most certainly in the pipeline.

“We’ve identified virtual sports as the next thing to integrate, with our license in the UK its death by paper cut, so you’ve got to apply with another license to do betting on virtual sports, we’re going through that application process now”, shared McDowell.

He added, “I think for us, as an operator it didn’t make sense for us to integrate virtual games until we had that critical mass of licensees who are on our platform.  And that’s the same thing with the casino games and the live dealer.  Now that we’ve got ten live and we’re bringing several more on, it makes sense for us to go on and add these product verticals”.

eSports is another area of massive opportunity for sports betting companies, but it’s a very different beast than virtual sports and should not be lumped into the same category.  Even though the iGaming industry is aware of the potential of eSports, we still have a lot to learn about this sector before it truly takes off in our arena.

“You just have to look at the viewership and you know there’s something really large and exciting there…we might get involved in the pricing models once there’s a good quality data feed and we understand what it is.  I think there are other opportunities, not for us, but other opportunities in the market for companies who want to own data rights, who want to step in and try and figure that out, who want to go and try and provide the integrity monitoring services”, said McDowell.

“Clearly eSports isn’t a fad, but I couldn’t tell you which tournament is going to be the next world cup.  In terms of viewership numbers, the 2014 world cup had more like 3.2 billion viewers instead of 36 million so its still a factor of 100 times greater.  So there’s still a ways to go”, he added.