The World Series of Poker Will Not Save Caesars

In March 2004, Caesars Entertainment Corp, then Harrah’s, bought the Horseshoe Club Operating Company for $37 million. That acquisition included the World Series of Poker brand, the growing and immensely popular annual poker party beloved by gamers and for good reason. That’s perhaps one of the saddest things about the ongoing Caesars bankruptcy mess. The company really does have some good assets, and one cannot blame them for the black hole they are currently in. Caught red handed by the central bank-induced business cycle they had no hand in creating, they initiated a leveraged buyout just at the exact time that money supply was collapsing and that is what caused Caesars to fall from grace. Now they have great assets surrounded by debt fuelled by years of profligacy aided and abetted by money printing that unfortunately stopped just as Caesars was making its major moves. 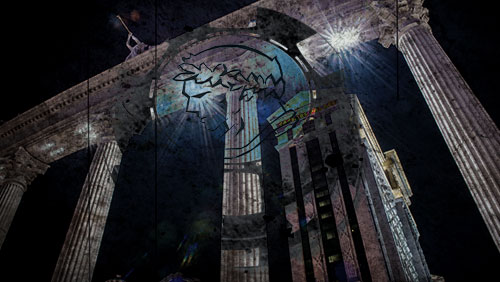 Can the WSOP save Caesars from what’s to come? Namely the stripping of their assets at some point in favor of creditors who are equally justified in demanding their money back? A look at the numbers and the assets in play in this bankruptcy case says no. How much is the WSOP worth today? Based on current market valuations and offers already made, here’s the math.

Harrah’s made a very good investment in buying the WSOP brand name. There is no dispute regarding that. But much like a portfolio where losses outweigh gains, a handful of good moves cannot make up for one big blunder. The WSOP is part of Caesars Interactive Entertainment (CIE), one of the segments that Caesars is fighting tooth and nail to hold on to in exchange for dumping the worthless Caesars Entertainment Operating Company on everyone else, the bankrupt shell with all the bad debt.

CIE revenues for 2015 were $766 million. Legendary investor Jim Rogers once said that 99% of professional investors do not read public filings, and 99.9% of them do not read the footnotes on public filings. If you read both, says Rogers, you are automatically in the know above 99.9% of professional investors who are supposed to make money picking winners. Since the WSOP is not its own segment, there is no direct number that can be quoted out of Caesars 10-K annual report to anchor the value of the WSOP. But there is a footnote that 99.9% of people, according to Rogers, did not read. Of the $766 million in CIE revenue for 2015, $616 million was foreign revenue. That means anything other than US dollars.

Since the WSOP takes place in Las Vegas, everything is transacted in USD. That means the WSOP is worth, at most, $150 million in annual revenue. Considering that Harrah’s bought Horseshoe Club Operating Company for $37M, it was absolutely a stellar investment, but it’s just not enough to save Caesars. Why not? Back in May, an unsolicited offer was made for the whole of CIE for $4 billion. That’s a substantial chunk of change which possibly could save the company by appeasing junior creditors, but CIE includes all the foreign revenues which are not part of the WSOP. If we take the $4 billion offer of CIE and divide it by the 2015 revenues of the same, we get a price to revenues ratio of about 6.5. Multiply that by the maximum amount of revenues Caesars gets from the WSOP brand and we are left with $975 million. ($150 million multiplied by 6.5.) Let’s be generous and round it up to $1 billion. That’s what the WSOP is worth, ballpark. You’re not going to get a 400% premium off that number.

Tacked onto that is the fact that Caesars has already done everything it could to shield CIE from the arms of creditors. The entire point of dumping the bankrupt CEOC on everyone else was to preserve the good assets in CIE among other segments. To give it up would defeat the whole purpose of this massive bankruptcy court battle, a battle that, by the way, is not going well for Caesars and seems to be swinging in the direction of junior creditors. Only yesterday, July 11th, did an exasperated bankruptcy Judge A. Benjamin Goldgar suggest that the ongoing gridlock between Caesars and junior creditors belies the fact that one side in this dispute has an untenable negotiating position. It seems clear that Goldgar is referring to Caesars as the untenable party. “Somebody here is making a big miscalculation,” the judge said, declining to identify who that is in the words of the Wall Street Journal, though it is pretty clear he means Caesars considering the critical examiner report already blamed Caesars for hiding assets from junior creditors.

Here’s the relevant quote though from Judge Goldgar. It seems he will not simply dismiss the case to be restarted all over again with a different judge. He has indicated that if the impasse continues, he will ultimately make a decision. From the WSJ:

“Mediation allows people to take control of this case for me and decide what their fate will be,” he said. “If they don’t do that, then I will decide…someone will be unhappy.”

It is fairly obvious who will be unhappy in that event, and it won’t be the junior creditors. They have all signed a pledge promising to reject the current offer on the table. Another billion will not satisfy them while they know they have the better hand, speaking of the World Series of Poker. The WSOP may be exciting, but it is nowhere near as high stakes as this court battle. Unfortunately for Caesars, everybody already knows who holds the better hand, and it’s not Caesars.