On the 5th of June 2016, the Central and Eastern European Gaming Conference (CEEGC) Budapest have announced their exclusive Lanyards Sponsor for the event.

In their recent Press Release the organizers announced that: 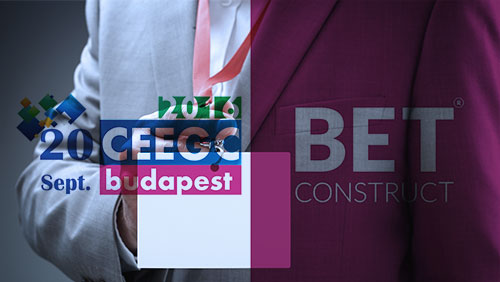 “We are proud to announce BetConstruct as the exclusive Lanyards Sponsor of the Central and Eastern European Gaming Conference, which will take place in Budapest on the 20th of September 2016. The event is a Seminar type conference which is designed to encourage a Pan-European dialogue and create an in-depth report of the Central, Eastern and Northern European markets, with an additional Balkans gambling market overview allowing operators and suppliers to monetize the value of their reputations.”

Zoltan Tundik, Head of Business at EEGaming, – organizers of the conference, stated that: “BetConstruct has always been our most valuable partner in the growth of our company and its services, thus it is our honor and also pleasure to have them among the supporters of our conference. ”

“The Central and Eastern European countries have always been and will be of strategic importance for BetConstruct. That’s why we support our partners in this region from our sales and service centers in Latvia, Ukraine, Malta and Cyprus.

The CEEGC 2016 presents a valuable opportunity to wade through and make sense of all the regulatory, political and market alterations the Central and Eastern European market is going through.” – Vahe Baloulian, BetConstruct CEO

Be sure to save the date and secure your ticket to the CEEGC 2016 Budapest, which will be held on the 20th of September 2016 at the Hilton Westend City Budapest Hotel in order to hear the fresh and recent information regarding the online gambling industry.

The tickets can be purchased at an Early Bird rate of €200 by the end of July.

The event is designed to encourage a European region oriented dialogue and create an in-depth report of the Central, Eastern and Northern European markets, with an additional Balkans gambling market overview allowing operators and suppliers to monetize the value of their reputations.