Home / Business / Becky’s Affiliated: How protecting the integrity of sport in America can take us closer to sports betting liberation 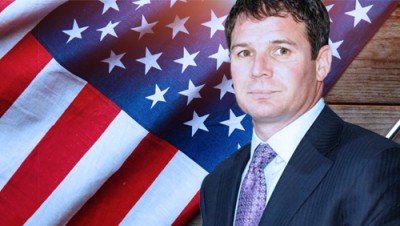 As an American living in London for almost six years, I still find it fascinating that gambling on sports is a commonplace activity and fully accepted by English society. I feel this way because for some reason, my government decided to pass a law in 1992 restricting sports betting in all but four states in America.  As a result, enjoying sports betting has become a “taboo” subject, even though plenty of Americans still engage in the activity today.

The UEFA Euro 2016 is taking place right now and as I watch with friends, so much of the discussion revolving around the matches involves betting.  We’re not talking big bets, just a couple quid here and there, but enough to make the tournament more fun, engaging and exciting, not to mention the increased viewership and activity at the local pubs.

There are plenty of parties who want to see the US government relax their stance on sports betting for various reasons, some valid and some not so valid.  The latest argument for sports betting regulation appears to have gotten the attention of the American sports leagues, parties who were traditionally against widespread regulation in the country.

Geoff Freeman, President of the American Gaming Association or AGA, is an advocate of sports betting regulation throughout America and looks to the UK as a model of how it should be done.

“When this law was passed in 1992 and led by some former athletes that were in congress and the professional sports leagues, it was all done under the guise that if we ban sports betting, we will somehow protect the integrity of sports.  Its worked about as well as prohibition in the 1920s in the sense that Federal efforts to ban something that people want to do, especially without appropriate enforcement mechanisms, are weak at best”, Freeman said.

Sport integrity and combatting match-fixing is a topic covered in every single sports betting conference I’ve ever attended and its been proven data collection and sharing of information assists in maintaining the integrity of sport.  By regulating and accepting sports betting across America, the flow of information from the bookmakers to the leagues and various authorities should help detect and prevent fraudulent behaviour.

Companies such as Genius Sport are already capturing official sports data and distributing it to regulators, sports federations and governments in the UK and other markets where sports betting is regulated.  In fact, Genius Sport now has a presence in the US market and is making a push to educate officials on why data can help ensure the integrity of American sport.

“There is so much that happens in the UK that is commonplace, it’s the way things are done, that is eye opening here in the United States.  We had Mark Locke of Genius Sports over here in the US a couple of months ago, in fact, he’s going to be over here as well in the near future to do a law enforcement summit that we’re doing. We’re going to be educating chiefs of police and others about what is done in the UK.  That education is what’s so critical because people don’t understand how data is being used in the UK market, how the algorithms work to detect the various behaviour, there is a whole new world that America is somewhat blind to, even in Nevada where things are being done in a very good way”, explained Freeman.

The AGA will also be doing their part to educate law enforcement leaders from around the country on the importance of data collection and the integrity of sport in order to push regulation forward in the USA.  Freeman believes a lot of progress has already been made on this front.

“The tide is turning, this debate is changing. I give the issue here in the United States with Daily Fantasy Sports a lot of credit with helping to speed up this discussion.  Its proven that the fans want to be invested in the games and its also proven the leagues and owners can benefit from that investment, so we’re going to have a much different discussion in the coming years than what we’ve had over the past 25 years”, Freeman said.

He continued, “I truly think its only a matter of a few short years before sports betting is on a whole different playing field here in the United States, we’ll get the Federal Government out of the way and we empower states to treat this issue the same way they treat every other gaming issue which will be a great win for our industry, for consumers and for the governments”.

While I agree leagues, owners, fans and the American government will benefit from sports betting regulation within the country, this is not to say regulation is a panacea by any means.  Lets not forget the highly regulated land-based casino market in America has its share of scandals and fine-paying, but moving the needle from “taboo” to “widespread acceptance” when it comes to sports betting in America would be a huge step forward for everyone as far as I’m concerned.