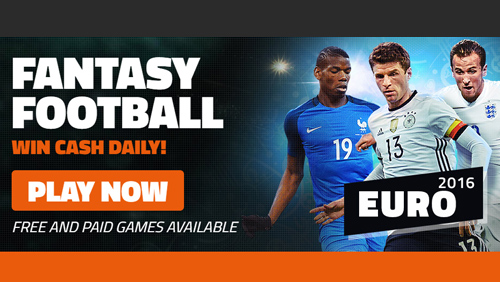 Following the successful launch of its monetised version in the UK last October, Oulala now allows users to choose football players from 24 national teams that will participate in the highly anticipated sports event.

The game has the same format, but has been redesigned and equipped with a number of extra features. The users will be able to form their fantasy line-ups for every game day, join or create leagues and then compete against their friends or other users to win real money.

Valery Bollier, Oulala’s CEO, explained that daily fantasy sports (DFS) is the next big thing arriving in the European market: ”We have seen a huge growth of daily fantasy sports in Europe throughout the last season and we firmly believe that this tournament will give it an extra push,” he said, adding that their real-time product will make the experience of watching the games even more exciting.

The Malta-based DFS operator, who will soon be working on a Series B funding round (£7 million) is further expanding its user base as well as developing a BtoB network of iGaming partners.

Bollier stated: ”After the successful launch of a bespoke Leicester City version of the Oulala fantasy football game, we have begun to offer a white label version of our game to iGaming operators aspiring to enter this fast growing new market. A number of operators have shown interest in our BtoB solution and we have gone on to sign various important deals that will come into effect next season.

”Our aim is to continue along this path in order to evolve and become the leading Daily Fantasy network for football.”

‘If the US market opens, the video gaming industry is in the perfect position to emerge as the sole winner
Press Releases
23 January 2018