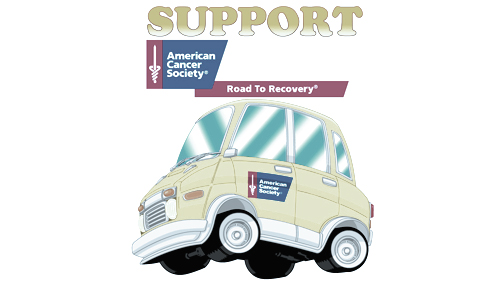 SEATTLE – March 2016 – FlowPlay, a leader in virtual world games and technology, today announced the launch of an in-game campaign to raise funds for the American Cancer Society (ACS) during the month of March. This is the first campaign of its kind for ACS, and taps into a dedicated community of millions of players of FlowPlay’s online game, Vegas World. Players can participate by purchasing ACS-branded virtual goods through March 28, with 100 percent of the proceeds benefitting ACS’s Road To Recovery program.

Every day, thousands of cancer patients have to get to and from treatment, but many do not have access to transportation. The Road To Recovery program serves an important role in ensuring that people with cancer who do not have a ride or are unable to drive themselves have a way to make it to their appointments. In 2015, American Cancer Society provided nearly 186,000 free rides through the program, but the need remains great. All funds from FlowPlay’s campaign will directly support the many patients who still need rides so they do not miss potentially life-saving treatment due to lack of transportation.

“It’s really exciting when a company comes up with a creative campaign to support an American Cancer Society program,” said Stephanie Christensen, executive vice president, American Cancer Society Great West Division. “When FlowPlay proposed an in-game fundraiser for Vegas World, we were immediately inspired by the creativity of the idea and the opportunity to raise awareness within the game and most importantly to generate funds to provide rides for patients to get to their cancer treatment. We look forward to connecting with the Vegas World community and working with the team at FlowPlay to make this campaign successful.”

In preparation for the campaign, FlowPlay designed a limited edition ACS-branded virtual good for use within the company’s social casino Vegas World. Inspired by the Road To Recovery program, each Taxi Charm purchased by the community from March 1 to March 28will provide a donation to the American Cancer Society. Through its Road To Recovery program, ACS provides free rides for patients who have no other way to get to their potentially life-saving medical appointments.

“Cancer is a disease that has touched the lives of hundreds of millions of people worldwide. As one of the most established nonprofits fighting cancer and supporting patients and caregivers, and one that many members of our community asked us to support, the American Cancer Society was an easy choice for this campaign,” said Derrick Morton, CEO of FlowPlay. “In 2015, we raised more than $60,000 through similar in-game campaigns for other organizations, and we anticipate this partnership with ACS to be our most successful to date.”

For more information on Road To Recovery or to become a volunteer for the program, visit http://www.cancer.org/treatment/supportprogramsservices/road-to-recovery. Those interested in participating in FlowPlay’s campaign can visit http://www.vegasworld.com/vg/acs to sign up, play, and purchase a Taxi Charm.

FlowPlay, a developer of virtual environment and game technologies, make immersive worlds and massive multiplayer games possible with no software required beyond a basic browser. FlowPlay’s first consumer product, ourWorld, is played by over 35 million players and is one of the most popular teen virtual worlds. Vegas World, FlowPlay’s flagship social casino MMORPG, achieves industry-leading player monetization rates. In November 2013, FlowPlay introduced its social casino white-label platform, allowing businesses from any industry to quickly and easily bring their own uniquely branded social casino games to market. FlowPlay was founded in 2006 and is primarily funded by Intel Capital and the creators of Skype. For more information on FlowPlay, contact [email protected].

The American Cancer Society is a global grassroots force of more than 2.5 million volunteers saving lives and fighting for every birthday threatened by every cancer in every community. As the largest voluntary health organization, the Society’s efforts have contributed to a 20 percent decline in cancer death rates in the U.S. since 1991, and a 50 percent drop in smoking rates. Thanks in part to our progress nearly 14 million Americans who have had cancer and countless more who have avoided it will celebrate more birthdays this year. We’re determined to finish the fight against cancer. We’re finding cures as the nation’s largest private, not-for-profit investor in cancer research, ensuring people facing cancer have the help they need and continuing the fight for access to quality health care, lifesaving screenings, clean air, and more. For more information, to get help, or to join the fight, call us anytime, day or night, at 1-800-227-2345 or visit cancer.org.