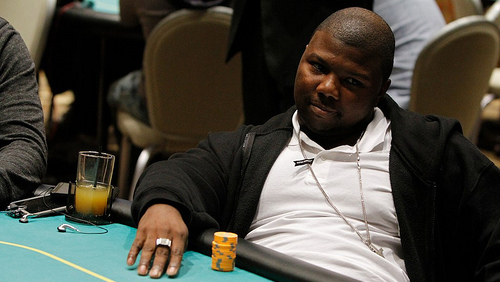 Poker player Travell Thomas is among 15-people charged with conspiracy to commit wire fraud in connection with a bogus debt collection agency that took $31m from victims during a four year period.

World Series of Poker Circuit (WSOPC) gold ring winner, Travell Thomas, 37, is one of 15 people currently staring down the barrel of a 20-year jail sentence after being charged with conspiracy to commit wire fraud.

According to a press release issued by the United States Attorney’s Office Southern District of New York, Thomas was the co-owner, president and CEO of a fraudulent debt collection company that stole $31 million between Jan 2010 and Nov 2014.

The unsealing of the indictment was undertaken by the United States Attorney for the Southern District of New York, Preet Bharara, the same man who unsealed the Black Friday indictments.

It seems Thomas and his team used every trick in the book to coerce ‘thousands of victims across the US’ to hand over millions of dollars. Lies included telling victims that the debt collection company was a law office, that warrants would be issued for arrests and driving licenses confiscated.

Bharara said the scheme ‘is believed to be the largest fraudulent debt collection scheme ever to be prosectued.’ It seems nobody was safe from the wrath of Thomas’s team with even the disabled ruthlessly taken advantage of.

The press release also stated that in Nov 2012, the Payday Loan Company learned that Thomas and his team were using their company name as a front to extort money from the people who owed them debt. The PayDay Loan Company reached out to Thomas to tell him to stop. Thomas refused.

The press release stated that of the $31m stolen. $750,000 in cash was paid to Travell Thomas and tens of thousands were used to pay for Travell Thomas’s gambling expenses.