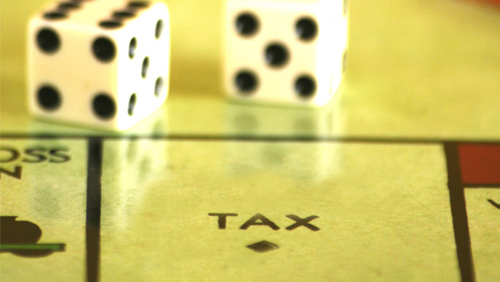 Lawmakers in the Czech Republic’s lower house has given the initial nod to a bill that will raise the tax on gambling winnings by as much as 8 percent starting next year.

The bill passed the first of three readings last Tuesday, Reuters reported. If passed, the bill would see the tax on winnings from lotteries and sports betting increase from 20 percent to 23 percent, while slot machine winnings will have a 28 percent tax.

The measure is expected to contribute an estimated 2 billion crowns to the country’s coffers, according to the report.

Last year, Czechs reportedly spent 138 billion crowns ($5.63 billion) on gambling—more than half of it on mechanical and video slot machines. That number accounted for roughly 2.5 percent of the country’s GDP.

Once it gets passed the lower house, the bill will go through the upper chamber of the Parliament before landing on the president’s lap for signing. Analysts believe the coalition’s large majority will pave the way for the measure to become a law, according to the news outlet.

The Czechs are currently in the process of overhauling their gambling sector, following the recommendations of European watchdogs. As part of their overhaul, the government wants a new gambling regime—one that will cover online gambling, slot machines and lotteries—by early 2016.

Czech media outlet Hospodarske Noviny believes local betting operators will have a reason to celebrate in the 23 percent betting tax is approved. According to the news outlet, operator Saxka will likely save over 80 million crowns ($3.3 million) next year, while Tipsport could be keeping an extra 40 million in its pocket and Fortuna Entertainment Group could save around 30 million.