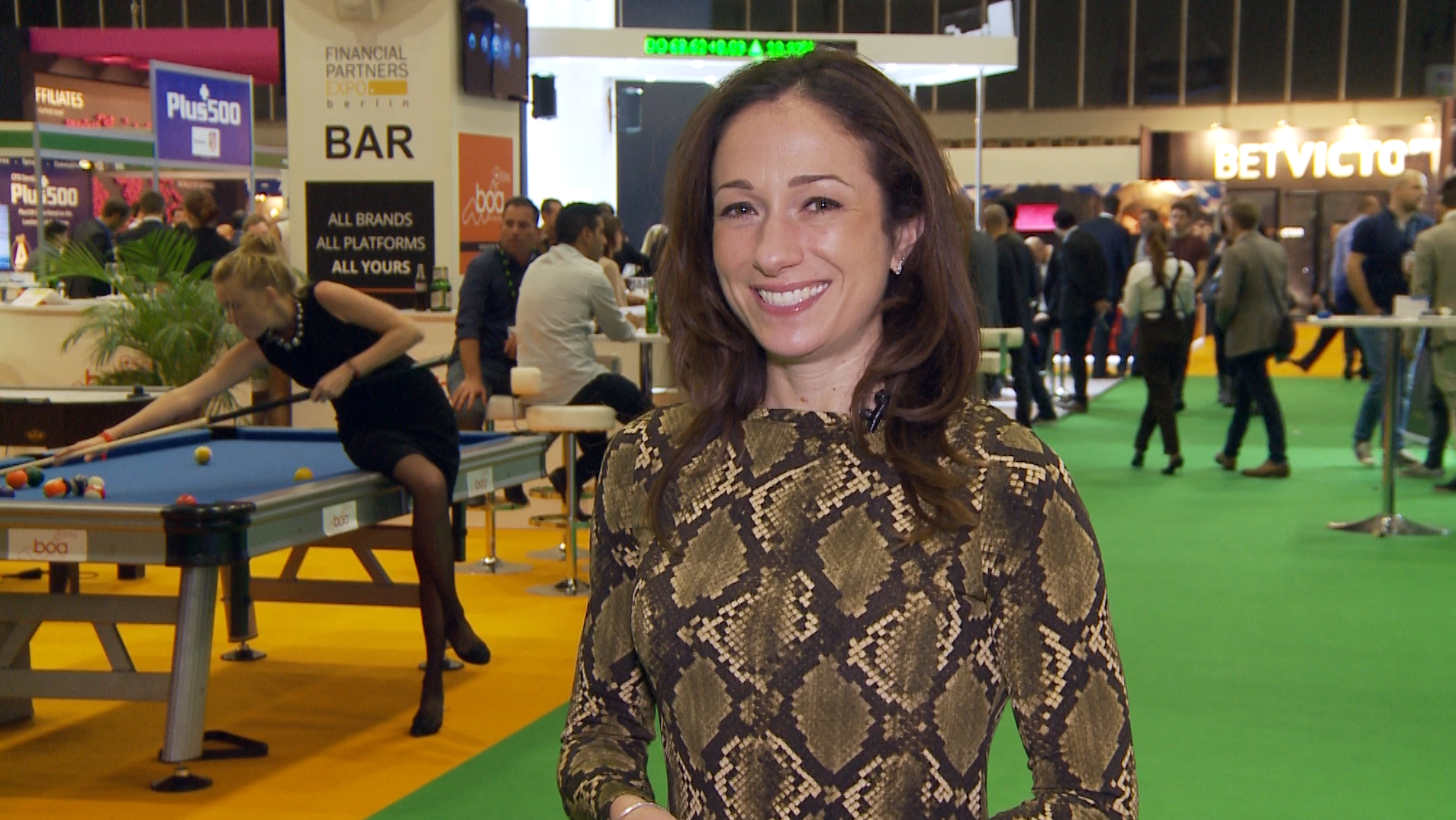 The BAC has moved to Berlin and day one of the show was an enormous success. Organizer Shona O’Donnell told CalvinAyre.com the number of pre-registrations have already exceeded the LAC’s numbers, a huge accomplishment for the iGB Affiliate team.

Today’s vibe was electric, something every delegate was able to feel as soon as they walked through the doors. One of the first booths that caught our attention today was iAffiliates with the theme of an airport lounge to go along with their BAC promotion, the iAffiliates Loyalty Club.

Yael Eckstein of iAffiliates told CalvinAyre.com the Loyalty Club promotion runs from November 1st until December 31st and affiliates can obtain points during this time period based on their monthly average of qualifying players. There are three prizes to be won, Platinum, Gold and Silver, each with destinations around the globe for the winner to choose from and four nights stay in a luxury hotel suite.

iAffiliates are also happy to announce the launch of their new brand, Jackpotland.com, revealed to affiliates at BAC alongside the Loyalty Club promotion.

Banc de Binary (BDB) are also known for their elaborate booth displays but this year at the BAC they went above and beyond the usual by inviting German football star Didi Hamonn to join them.

Oren Laurent, Founder of BDB, told CalvinAyre.com the partnership his organization has with Liverpool FC is a great opportunity to increase exposure of the BDB brand across the globe and who better than Didi, a former LFC player, to entertain affiliates at the BAC.

Hamonn graced the BDB booth from 1pm to 4pm today and was happy to take photos, sign soccer balls and chat away with fans. BDB kindly provided LFC paraphernalia for those who came by in addition to an instant photo print-out with the football legend.

As we learned at EiG earlier this week, Virtual Reality (VR) is a hot disruptive technology catching the attention of the online gambling industry. SlotsMillion.com has already jumped on the VR bandwagon early and developed a sharp virtual casino product that can be enjoyed with or without Oculus Rift goggles.

Alexandre Tomic, co-Founder of SlotsMillion.com, gave CalvinAyre.com a demo of the product and explained how players can interact with each other and with support on the virtual casino floor.

Tomic said VR provides a nice bridge between social players and real money players and he sees enormous potential for the technology over the next few years. While he predicts VR won’t actually blow up until 2017, the time for operators to get involved is now, he advised.

Running alongside the active expo floor were a number of sessions dedicated to affiliates and the financial betting industry. Today’s “App Store Marketing” panel featured Stephen Kenwright, Head of Search for Branded3, also a first time speaker at an iGB Affiliate event.

Kenwright emphasized the importance of app store rankings and said a large number of reviews are important, but so is speed.

“If you’re going to hit apps with a campaign- paid or otherwise- go big all at once”, he said. With a usual adwords or PPC campaign its common practice to start off small and see what works, but when it comes to an app, “its all about how many people download it and how quickly”, he said.