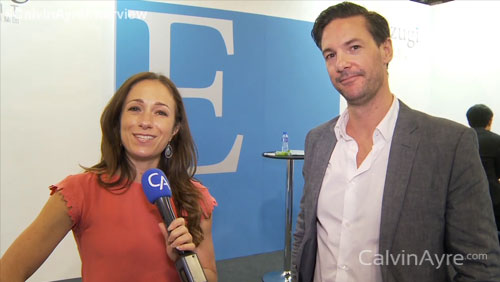 The online slots market in Asia is in its nascent stage, with its players still getting used to the concept. Mathias Larsson, founder of Xin Gaming, said it was only last year that the Asian players—who were mainly playing live casino games for the past decade—discovered online slot games.
“That all started about a year ago, when a [new] generation of players came in and they trust the games that they can play on the computer. They don’t need the live element, so right now, we’re in a stage where you get more and more people playing the games, and they’re trying to understand the games,” Larsson told CalvinAyre.com.
The key, according to Larsson, is to build trust with the different markets in the region, especially since online slots do not have live dealers who can show the players what’s happening in the game.
“Each market is separate from each other, so we want the players playing the game in Japan or in China or anywhere else, they should recognize the symbol. They should recognize the game theme, and that can also build trust if you recognize what you see on the screen, then you trust the product,” he explained.
In the case of Xin Gaming, the company incorporates the unique qualities each country has in the games.
“Japan, as a market [has], well, a lot of comic books like manga comic books [and] you have anime coming from there. Quite often, the Japanese game can also work in China actually, but we have few games targeting just mainland China,” Larsson said.
The emerging online slots industry in Asia shows massive potential, thanks to the explosion of mobile and tablet technology and Asians love for gambling. But this also means that operators need to tailor their games for different markets so as not to lose their players’ trust.
“We have to deliver the game across all devices. It’s just a must. You can’t live without it, so every game we deliver, it’s going to work across all devices. Also, when it comes to connectivity, so our games, we always focus on getting them quite light because when it’s light, it has quick loading time and the game will never get interrupted. If the game is too big, as we see some of the providers in Europe, then it’s not going to load properly here, and if it doesn’t load, people [will] lose the trust in the game,” Larsson said.