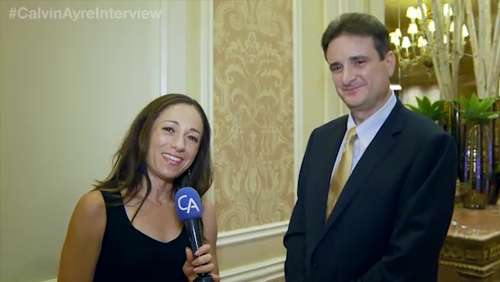 Daily Fantasy Sports (DFS) stood out as one of the hottest topics discussed, debated and dissected during G2E 2015 last week in Las Vegas.

Only one week has passed since I conducted this interview with sports and gaming lawyer Daniel Wallach on the expo floor and already we’ve had a furry of DFS industry updates including the New York Times expose, insider trading accusations, NY Attorney General attention and Amaya’s call for regulation.

Regardless of all the DFS industry action since G2E, what Wallach reveals during our legal discussion still stands true and he is confident the DFS industry is here to stay and regulation- not prohibition- is imminent.

Becky Liggero: Lets begin by talking about how DFS were carved out in UIGEA? Could you clarify that for us.

Daniel Wallach: In 2006 [UIGEA] was tacked on to the end of another piece of legislation, it emerged at a time when the DFS industry wasn’t even in existence. It was intended to be an exemption from the definition of “bet” or “wager” and the intent I would imagine at the time was that fantasy sports was kind of a social experience, a de minimis amount of money going through the pipeline. I couldn’t possibly imagine, and nor could the author of the bill, have imagined in 2006 DFS would emerged on the scene at the levels and at the numbers that it is presently generating and it is arguable whether UIGEA would exempt DFS from any holding of an illegality or any prosecution.

I believe that UIGEA is the most overrated, misapprehended, misquoted and misunderstood Federal statute in gaming. It does not pre-empt state law and it does not prevent the state regulators and state law makers from making their own determinations as to whether fantasy sports, and in particular DFS, is legal or illegal.

[UIGEA] is not a magic ticket that gets them to the promised land and the claims that UIGEA provides broad comprehensive protection I think are a little overstated. But this is going to be looked at in the coming years and the debate that’s taking place right now will ultimately lead to clarification of Federal law as well as some legislative efforts on the statehouse side and we may be seeing regulation in the offing.

So UIGEA is not going to be the buzz word over the next decade, I think its vitality it overrated and its life is really on its last legs.

BL: Got it. OK. And yes we’ve heard it could be a state-by-state thing for DFS. We know that in Massachusetts, for example, we have the Attorney General who is now starting to want to look into DFS and we know she doesn’t like gambling very much…

DW: Doesn’t like gambling expansion. I don’t believe that her opposition to gambling is based on any morality, or personal hostility towards gambling, I think she’s a consumer advocate and her mission, I believe, in reviewing the industry will be one that’s more geared toward protecting the public and possibly forcing DraftKings or other operators who want to offer their games to state residents to employ measures to prevent minors from playing and to protect contestants.

The industry, being a nascent industry, there are a lot of kinks to work out and I think her mission rather than to prohibit or issue an opinion calling it “illegal gambling”, I think she’s going to point it in the right direction in terms of maybe being a thought leader on regulating the games within the state or forcing or voluntarily asking DraftKings to undertake certain measures to protect the public.

DW: Its not much of a debate. It’s a delusional statement made by participants in an industry who intentionally avoid using the “G” word for one reason- they want to avoid regulation. What is gambling? Calling something a skill game doesn’t take it out of the gambling environment. Poker’s a skill game. Sports betting is a skill game.

The moment that the DFS industry acknowledges that DFS is in fact gambling- and I emphasize in fact- it will be basically acquiescing into regulation because all gambling is regulated in some form, whether it’s the lottery, sports betting, casino games, horse racing, dog racing, you name it, there’s a regulatory overlay to everything that’s in the gaming pipeline and as we’re now seeing take place in Massachusetts, Hawaii, potentially Florida and now in the halls of Congress with Congressman Pallone calling for hearings.

I think the days of DFS flying under the radar and remaining unregulated are numbered.

BL: Ok, so it doesn’t sound like [DFS] is going to become illegal, especially because the leagues are behind it and so much money is behind it, but you’re saying that we should expect regulation to come.

DW: Yes. The big question is, is it going to be self-regulation? Is it going to be state-by-state regulation? Or will it be Federal regulation? And we’re not facing a Black Friday for the DFS industry. Is not happening, this is too ubiquitous, its too prevalent and too much legitimate investment is behind it. We’re not just simply talking about owners of sports teams, we’re talking about the leagues themselves, teams that enter into sponsorship deals, this is as mainstream as any business.

The question is not whether its legal or illegal, and that debate is going to go away some time in the next couple of years, but the question is how to regulate it going forward, to what extent is regulation necessary and I believe both the industry from the operational side and the public would be best served from regulation because the ones who are good citizens and who play by the rules, they should welcome regulation to protect the industry from bad actors and fly-by-night companies that don’t have their act together.

So while the cost of compliance will cut into the bottom line, I think it would be necessary and helpful for the long-term growth of the industry and its coming, it really is coming, there’s no doubt in my mind about that.