Home / Poker / An Evening With the Reilly’s 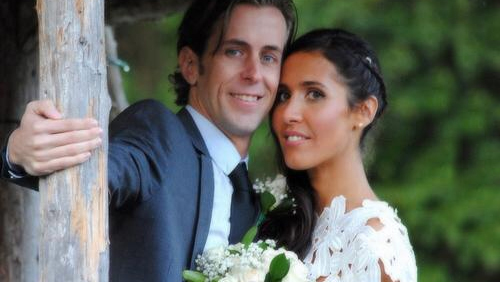 Lee Davy sits down with Ness and Timothy Reilly to talk about married life for two professional poker players, their views on veganism and animal cruelty and what they think of Donald Trump?

Ness and Tim Reilly are a rare commodity: two professional poker players who are married. Poker isn’t the easiest profession. The ups and downs can bring stress into any relationship, and this can be compounded if the pairing are both going through the mill.

Ness is also vegan, Tim isn’t. Living with a vegan can be quite challenging for a non-vegan. Especially, in the poker world, where eating out seems to be as regular as the flop, turn and river.

So how do this wonderful couple manage to co-exist without tearing each other’s eyeballs out?

Let’s find out shall we

You have recently been married for a whole year…what lessons have you learned, both good and bad.

Tim: “I have learned that Ness is always right. In all seriousness, we are learning each day about how to build a family together.”

Ness: “It’s been fun. We were living together for two years before we were married. We were always together. Nothing really changed. We have a more routine life that’s all.”

What is the toughest aspect of two professional poker players living together?

Ness: “It’s easier to be with someone who plays. It’s definitely an advantage and one I like. It’s tough when we are both doing bad, otherwise, we can lift each other’s spirits, and most of the time it’s a plus actually.”

Tim: “I have been in poker since 2011/2012. In the beginning I was in a relationship with someone who was not in the poker world and we drifted apart. It’s tough for people who are not in the poker world to understand it. Take my brother for example. I was disappointed with a $63k cash for bubbling the WCOOP Main Event final table, and he wanted to throw me out of the window. He said: ‘Are you kidding me? I carry refrigerators all day long, all year to earn that.”

Ness: “I feel his pain and he feels mine.”

Tim: “My ex would have shit herself if I came home and said we lost $10k today. Ness just says, ‘It’s ok, it’s not a big deal – it’s a Sunday during WCOOP’. I always knew this was the girl I wanted to marry.”

What does the first 60-minutes of your day look like?

Ness: “I wake up and oil pull. Then I jump in the shower and take breakfast. I don’t eat a lot. I like to wake up and relax.”

Tim: “Mine isn’t so routine. I tend to wake up and scroll through the phone in bed. Then I move to the couch and watch SportsCenter, play some video games, eat breakfast and let the dogs out.”

What is the most important habit that you have ever incorporated into your life?

Ness: “I try to eat clean. It’s the thing I think about all of the time. Especially, when I am traveling to poker tournament’s. Food is so important to me.”

Tim: “If we are playing in WPT Oklahoma we would have to stop in Whole Foods ahead of time and fill up with food, because we know if we don’t we will struggle in some places. Ness is vegan.”

Ness: “I do adapt when I am on the move. I research a lot wherever I go. It’s the thing that I am thinking about all of the time from the time I wake up.”

I am vegan too, although I keep forgetting.

Ness: “I think there is no such thing as a good or bad vegan. Anything you can do towards veganism is a good thing for animals; your body and the planet. I don’t like vegans who are judgmental about it. Whatever you can do is already a lot.”

How did you go from French Fries, tomato sauce and steak to being vegan?

Tim: “As healthy as she is there is one thing that has not been removed from her diet and that’s French Fries.”

Ness: “I usually eat clean throughout the first half the day. I won’t start the day clogging my body, so I will fill it with good food. I also like comfort food, but I tend to eat that less. It’s dead food. It’s not nutritious. It doesn’t give me anything except for the pleasure.”

Why did you become vegan?

Ness: “I was pretty much pescatarian before, mainly due to reasons of health. Then after reading some books I decided to become vegan. The first concern was for my body, but then by being vegan you become sensitive towards so many other things; you learn more, you have access to more information and ask questions you wouldn’t have asked before.

“I have never owned a dog before. I find the whole process makes you more compassionate towards animals. I don’t eat animals anymore. When you make that choice, something happens to you that’s unexplainable.”

I cannot kill insects since being vegan.

Ness: “I can relate to that. I used to freak out over insects. I still don’t like them but I don’t want to kill them.”

Tim: “She always wanted me to kill insects, now she tells me to capture them and let them out of the house.”

Ness: “It’s easier to feel for a little piglet and chicken. The insects need love to.”

What book helped you the most?

Ness: “The China Study. After I read that book I decided I would never eat meat again.”

What about you Tim, do you still eat meat?

Tim: “I still eat meat, but I have cut back tremendously, especially my red meat consumption. I am also very careful where I get my meat. I am not sure I could be vegan, but Ness used to say that also. I would struggle without cheese and fish. But I think I could move away from red meat and chicken.”

Did you have conflicts on where and what to eat?

Tim: “This was a huge problem for us. I was a very picky eater, and I am not a big vegetable guy in general. I don’t like a lot of vegan meals. I find some of the meals really boring. We only have a few places where we can both eat together, and enjoy it. The California Pizza Kitchen is our go-to nowadays, because they have vegan options. I don’t like the vegan cheese. They need to do something about that.”

What is your stance on animal cruelty?

Ness: “I retweet things I used to ignore when I was in a Western diet. I think a lot of people are clueless about what is going on so I try to make them more aware. I don’t want to be an activist because I think that can be a put off. You have to make your own choices. This is a diet that can only be done if you want to do it, believe in it and it makes sense for you.

“People are always asking me how I am doing as if I am a victim. They imagine being vegan as if they are dieting. To me, I would never eat meat again. After learning so much, I know it’s something I wouldn’t do anymore.

“I used to play cash games in the Aviation Club in Paris and I was eating fillet two times per day. I never thought I was going to quit meat. I was such a huge carnivore. But things change when you get educated.”

You are both very successful people in your own right. Do you ever talk about combining your powers and working together?

Tim: “We are going to combine our brand. There is money to be earned in a lot of areas in poker, and we decided that because it’s so tough we would combine our brands. We think we have something that not many people have to offer. We are husband and wife. We are both winning players. Ness is right up there with the best women players in the game. She doesn’t play as much, but she is getting back into the game and is crushing.

“I think we can show that poker can be a family thing, and it’s not all about the single guy who is always on the road. We travel around, we play, we are healthy and I think that’s a good selling point for our brand.”

What do you think of Donald Trump?

Ness: “I think he is a great entertainer, but it would be really bad if he was the president of the Unites States. It’s scary to think that he even has a chance. It scares me more than it makes me laugh.”

Tim: “I thought that Trump was there for himself and the Democratic Party than he is for the Republican Party. In the past he was way more of a Democrat; he is very close to the Clinton’s – and I know that this is far fetched – but sometimes I think he has this deal with the Clinton’s where he is going to run for the Republican Party; and basically make the party look like complete morons, split the Republican votes, and then afterwards when he doesn’t get his nomination he will run independently and take a third of the Republican votes; Bush will lose them and it will be a cake walk for Hilary. I can’t see how the hell he can come out here spend his own money and become the President of the Unites States. He can’t be serious. He can’t be.”

If you had 10,000 hours to work on anything what would you work on?

Tim: “The first thing that comes to mind is how to make the most money. It sounds like the shittiest thing to say, but if I was so good at being a Trader, then I could use that money to better other people’s lifestyles. So I would want to be the best Trader. I want to have a nice life, but with money you can change a lot. If you give me $10m I can fix a lot of problems, and have a happy life doing it. The bottom line is you need money. Even if you are going to Africa to help people you need some sort of funding.”

Ness: “I think I would do something to do with cooking.”

Tim: “Or you could be the best online shopper in the world.”