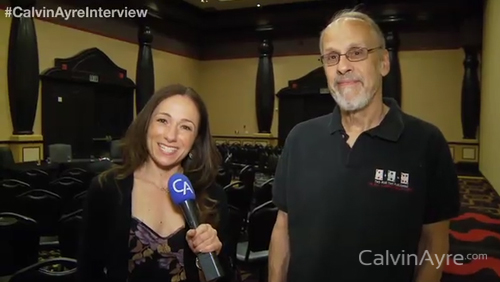 Two Plus Two Publishing poker writer David Sklansky talks about how the imbalance between pro and amateur players affects the poker industry.

Too many cooks can spoil the broth. In the case of poker, it’s having too many pros in smaller poker games that’s discouraging many new players.

Poker is all about entertainment, but recently, there has been an imbalance between the pros and the fish that play on the poker sits and the poker rooms. David Sklansky, poker writer at Two plus Two Publishing, said having too many pros in the smaller games is dangerous.

“The Internet, it allows the pros to play many games at once, even though the small games don’t offer that much profit potential,” Sklansky told CalvinAyre.com. “What’s happened is that the small games that used to be the opportunities for the amateur to have fun and to learn how to play better. Now, before they have a chance to have fun or play better, they just kept [being] beaten up, crushed by the pros.”

He said online operators should do something about it, like limiting the small games where a pro can play, before they start losing the new players.

“One would simply be to not allow pros to multi-table the small games. In other words, if you’re gonna play in the small game, that has to be the only game you’re playing at. Or maybe you can play in couple of games, but they should not allow these people to play in 20 small games at once,” Sklansky said.

Another solution, according to the poker writer, is to change the game so that even the pro can’t even play in so many games because there’s too many things to do at once.

“Like in seven card stud, it would be impossible to play 20 games at once or to change the rules so that there isn’t enough opportunity to do that where there’s a lot of luck involved,” Sklansky said.

He also urged the pro players, who may not agree with his ideas, to think of the future of poker.

“I know there will be a lot of pros who don’t like this idea of mine because they’re not making a decent amount of money. In the long run, there’s gonna be no money for anybody unless you get a base of new players,” Sklansky said.