Home / Business / Becky’s Affiliated: How big is the threat of Ad Blocking to the Online Gambling industry 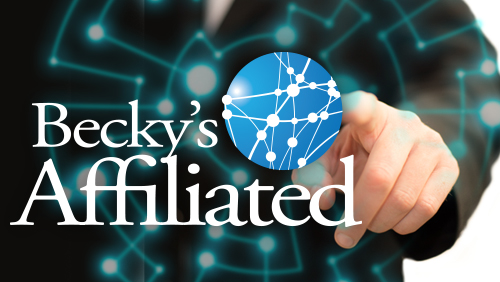 The threat of ad blocking software is capturing headlines across all digital industries, especially online media companies who earn the majority of their revenue through ads.

Today I wanted to investigate how ad blocking software will impact iGaming, an industry that uses online ads to attract new players.  Both iGaming affiliates (or publishers) and operators (or advertisers) could be affected by the development of more sophisticated ad blocking software. Lets begin with how this technology will impact iGaming affiliates.

Affiliates will have to make changes if they are currently driving the majority of their traffic to operators via banner ads hosted on affiliate program banner farms.

“For an affiliate new to this the best place for them to start is to invest in first-party ad serving and to stop relying on the third-party ad serving of the gambling companies”, said Franc Goebbels & Fintan Costello of RevenueEngineers.com.

Andy Scott of Digital Fuel Marketing also advises affiliates to avoid third party hosting.  “It is possible for affiliates to host the banner themselves and hardcode it onto their site in the same place that they have the advertising space, so that if the user blocks the ad they see their hosted banner instead”, he said.

Another change affiliates can make to circumvent ad blockers relates to the image size they serve up on their site.

“Affiliates publishing websites should avoid using images that have the same dimensions as any standard format from the IAB (iab.net)”, advised Super Affiliate Charles Gillespie, CEO of KAX Media.

Andy Blackburn, Owner and Director of GameOn, agreed affiliates should use non-standard image sizes that are self-hosted by the affiliate as opposed to the operator or affiliate program.  He added, “Whilst we’re talking about images, keep dimensions out of the image name, as well as blatant advertising signals – skyscraper.jpg or square-125-125.jpg are probably going to get spotted as ads!”

The other point to consider is that banner ads are not always the most effective ads and affiliates should look into other ways of driving traffic to operators.

“We are also advocates of back to basics advertising and make sure you are using icons, buttons, text links and other formats that don’t get blocked”, said Goebbels and Costello.

Scott warns some ad blockers can block some text links, for example all Doubleclick clicktrackers and some affiliate network links, but its easy to get around the block by using a custom re-direct.  For example, making affiliatesite.com/ladbrokes/ redirect to the text link, or using a URL shortener such as bit.ly.

It is possible for affiliates to tell if their visitors are using a browser with an ad blocker installed, so if the above does not sound doable, there are still some options for affiliates.  Goebbels and Costello said affiliates might choose to block the user from seeing their content or show a custom message such as “this site depends on advertising in order to support itself, please turn off your ad blocker”.

The potential impact of ad blocker technology on operators doesn’t appear to be as threatening as it does for iGaming affiliates.  The first thing to acknowledge is customers who have installed ad blockers on their browsers are unlikely to click on a banner ad even if it was visible.

Goebbels and Costello shared, “From an advertiser perspective, we’d actually flip this on its head and say users who have opted-in to not see any banner ads wont click on your ad anyway, so not to get too hung up on it and focus on optimizing for the users who want to engage with your brand”.

Scott agreed and said, “[Ad Blockers] reduce the number of people who the advertiser can advertise to. But if a user is blocking ads they are probably less likely to convert off a banner advert anyway, and as the advertiser is not charged for the view, so for the advertiser it’s not that big a deal”.

Working with ad networks that are on ad blocking whitelists is also something to be considered.

“A number of ad networks pay to be added to ad blocking white lists, which means ads served via their network will be seen. It’s not a perfect solution and the whitelists change regularly but we make sure clients who require it are on the right networks”, said Goebbels and Costello.

Blackburn made the same point, but doubts how effective the whitelist method would be.

So now that we know some of the things affiliates and operators can do to get around ad blockers, the question remains as to how much this technology will actually impact our industry.

“Like any technological change to the internet and especially content delivery on the internet, it’s not a case of will it impact our industry, but more, how much will it affect the industry”, said Blackburn.

He continued, “A report from PageFair in Q2 of 2014 found that 144 million people per month (almost 5% of all internet users) had an ad-blocking plugin or extension installed on their browser. Further to this, it was estimated that Google lost in excess of 6.6Bn USD in advertising revenue last year, as a direct result of ad-blocking software… that’s 10% of its reported 2014. If one of the biggest advertising networks on the web is taking a 10% hit, you can probably be confident in the fact that advertisers in our industry (operators, affiliates, vendors and providers alike) are taking a hit too”.

Scott isn’t as convinced ad blockers will have a negative impact on the industry, rather he sees tracking issues as a bigger threat.

“Browsers blocking cookies is far more of a bigger deal than ad block, as it causes attribution issues especially through the conversion path rather than just the last click”, Scott said.  “But gambling companies get around this by reading the URL string for attribution purposes to attribute to affiliates. Or if they aren’t doing that, they should be!”

Goebbels and Costello appreciate the resilience of the online gambling industry when it comes to ad serving limitations and think the industry’s real challenges lie elsewhere.

“The gaming industry more than most industries is used to dealing with restrictions on ad serving across all channels and I’d say it will be business as usual adapting to ad-blocking and whatever other restrictions happen over time. The real challenge for gambling brands is to create ads and content people actually want to engage with and from that perspective the industry still has a long way to go”, they said.

When it comes to the affiliate and operator sides of the business, it appears affiliates are the ones who will take a bigger hit from ad blockers.

“The main impact is on the publisher side rather than the advertiser side. It reduces publisher’s banner inventory, therefore reducing their revenue”, Scott explained.

Not all affiliates are created equal, however.  Gillespie pointed out a significant difference in how different affiliates drive traffic and what this means for ad blockers.

“[Ad blockers] will directly impact affiliates and operators buying media with banners. It will have little or no effect on traditional affiliates using “native” advertising”, he said.

Technology and solutions immune to the block

Blackburn suggested “PageFair” as a solution because the company provides a suite of tools to help advertisers analyse and improve the adverts they display.  The PageFair software can also display a different set of ads in an advertiser’s allocated ad space if they detect standard ads are being blocked.

There are also organizations such as RevenueEngineers.com who specialize in helping affiliates and operators get around technology such as ad blockers.

“We have built custom solutions for affiliates where they can serve ads on their website don’t get restricted by the ad blocking technology and we have a seen a significant uplift in impressions served”, shared Goebbels and Costello.

After speaking with these five experts, it appears ad blocking may not be as big of a threat for the online gambling industry as it is for other digital industries and there are ways to get around it.  Regardless of the level of threat, native advertising is certainly the way forward and I think its great advice for affiliates and operators to focus a lot of time and attention on creating content that people actually want to engage with.