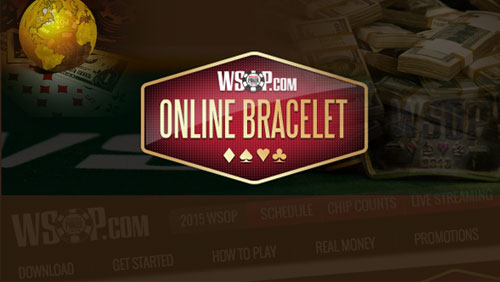 I didn’t like the idea when it was first announced, and I like it even less now I have seen the numbers. The first ever-online poker bracelet to be offered by the World Series of Poker (WSOP) attracted only 905 players. Let’s hope that the officials stick an apple in it, thrust a spit into his ass and send it out to roast.

I would love to give you an insight on whom I believe will win this thing, but as I don’t have a clue who any of the finalists are, I can’t.

14 players remain from the 4,555 that played in the Little One for One Drop, and Jason Caulk leads the final 14 with close to 7 million chips.

It’s going to be a very interesting sprint for the $645,969 first prize. Chris Hunichen has visited WSOP final tables before (two to be exact), John Reading won the $1,000 Hyper Turbo event earlier in the series, and Brett Shaffer is attempting to win his third bracelet in successive years, all of which have come in huge fields. The Dutchman Pim de Goede is also worth keeping an eye on.

The first prize payout is $180,943 and Thomas Savitsky currently has a better chance than anyone as he locked up the Day 1 chip lead as the only play bagging over 100k in chips.