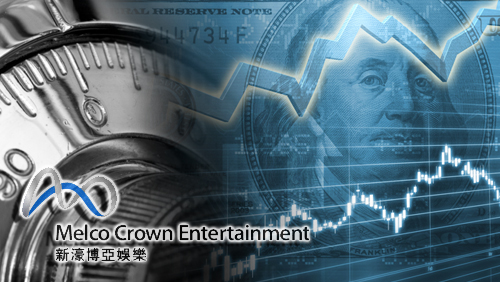 Those who read this column know I have a tendency to paranoia on a bearish tilt. Still, when I see a good company I point it out. I’ve always had a soft spot for Melco Crown (MPEL), and though I don’t think it is a particularly good buy right now, I’ve never been overly bearish on it in comparison with other gaming stocks.

It continues to be well-managed, conservative, and a relatively safer place to put your money if you are intent on sticking it in Macau, macro situation be damned. If that’s your thing, Melco should not be traded, but rather held long term and used to ride out the storm. I don’t expect it to gain much if at all in the next few months considering that globally, things are just now coming to a head. But on the way back up, Melco will outperform, mostly because it seems financially equipped to handle the crisis, or at least semi-crisis about to hit. I’ll venture a timing guess and say by September/October global capital markets could be in full panic mode.

First, what exactly is converging now, and then why Melco can ride it out without too much damage, or at least a lot less damage than other casinos will sustain.

The why aside, the only seeming difference between crash years and smooth years is how much time it takes for money growth to recover. If it recovers by August or early September, a bear market is usually averted. If, however, it keeps stagnating until October or even November, then a crisis can ensue. This is what happened in 2008, when money supply did not recover until November.

We are now into mid June and money growth has not recovered. Comparing it to the 2008 tables and we are even below the recovery rate of 2008 by the mid June timeframe. That’s the first warning sign of a potential crisis. The second is a possible Federal Reserve September interest rate hike, the first in almost 10 years. Never before have interest rates been so low for so long, and the “coming down” from a decade of monetary morphine could be severe. During the 1937 rate hike after 6 years near zero, markets fell 49%. Who knows what could happen now.

The third is Grexit, which is getting so confusing and annoying that the term “deadline” has lost all meaning and itself become a dead term. But if it happens between now and a rate hike, it can only worsen the situation.

Now back to Macau and Melco.  The Shanghai composite is becoming increasingly unstable with wild swings day to day. There is clearly a bull/bear battle going on and it’s getting messy. While Macau stocks haven’t been doing any better, they haven’t been doing any worse than the wider Chinese stock market, and that’s a good sign. It could be that the regulatory crackdown on money laundering has so damaged Macau stocks that much of the decline that would have been triggered by deteriorating Chinese capital markets in general has already occurred. In that case, expect Macau to continue to slowly drift down, but perhaps slightly outperform the wider Shanghai index.

If you’re long Melco, then if you can prepare yourself emotionally for further paper losses so you don’t end up selling at the bottom, then keep it. The 20-cent dividend will insulate at least some of those losses if you own a decent amount, and I don’t think losses will be as severe as losses for the wider Chinese stock exchange come September/October.  If you can’t stomach that, then sell now and take a small loss.

A $31 price target is possible within a year if the jerrybuilt global financial superstructure of the planet continues to survive for that long. It’s safe to go long here, with your finger on the trigger at any sign of a global financial meltdown.

Well, the signs are coming into place. We should know the final answer on Greece by the end of this week (fingers crossed) as Germany has publicly threatened capital controls if there is no deal by then. If Grexit happens this month, consider it a gift that it won’t happen concurrently with a September rate hike or at the tail end of M2 money supply stagnancy in the same timeframe.

But if you want to hold through all this anyway, here are the silver linings, and why Melco continues to stand out as safer than the rest despite it all.

Revenue is down 6%, which is not terrible. Earnings would have even been higher than last year’s despite the tough market conditions if not for one-time pre-opening costs of $93M for City of Dreams Manila. This means it is a very efficient company. 55% of its debt is fixed as of last available filing, putting floating debt to equity at less than 20%. That’s pretty manageable, especially considering total equity has dropped by 56% from highs. Melco should be able to get through even a sharp interest rate climb in terms of its debt service costs. I can’t say the same for other Macau stocks like WYNN.

Nevertheless, growth in the current mess will be very tough. Don’t expect too much from City of Dreams Manila, because as we’ve seen with Galaxy, openings aren’t doing all that well in the current climate.