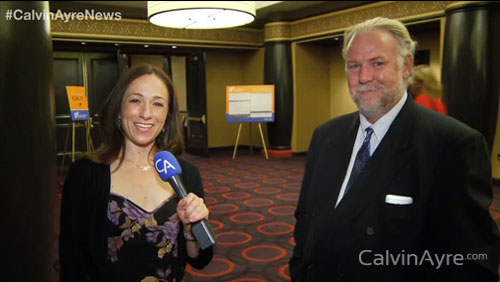 Rebecca Liggero interviewed Nolan Dalla of Poker Night in America, as he talks about online poker industry in the United States and RAWA.

Nolan Dalla has been involved in poker as a full-time player, writer/reporter, author, consultant, and casino executive for more than 20 years. He’s best known as the longtime Media Director of the World Series of Poker.

Dalla also serves on the Governing Council of the Poker Hall of Fame, helping oversee the list of candidates and inductees and ensuring that a proper voice is given to each and every nomination.

“It’s (online poker industry) at its infancy right now. The online poker movement has not moved quickly nor has much direction as we would have like. New Jersey, Nevada and Delaware, which we’re referring to. I think we’re waiting for that second domino to fall or the 4th, he 5th or the 6th one including the largest state, California obviously is the biggest domino of this entirely new american eccentric poker boom,” said Dalla.

“Now, we’re really trying to hold our position because of the Restoration Of America’s Wire Act (RAWA) in Washington. We have to play defense, instead of being pro-active and talking about all the wonderful things about our industry,” added Dalla.

Watch the full video to hear more from Nolan Dalla.

Calling the Clock: The Dalliance of Desire and Divorce
Lee Davy
20 February 2015