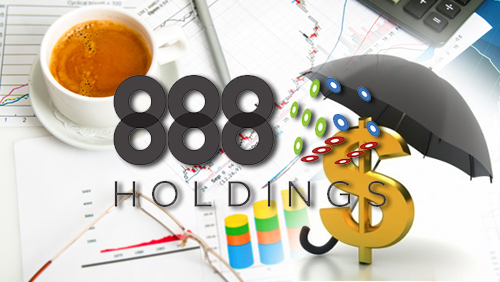 But in case you bought the IPO, don’t let a petty capital loss fool you (or in the case of USD, not so petty). 888 is in ship financial shape. In fact, I will go out on a limb and say that it is the most financially responsible publicly traded gambling company in the world. That doesn’t mean you’ll necessarily make more money trading it or holding it than any other company, or that it won’t go down in times of market stress. What it does mean is that it is the defensive gaming stock par excellence, as safe as a gambling stock can possibly be, what with being subject to the whims of politicians that can certainly wreak havoc on the entire industry on a dime after suffering from a fit of in-your-face double-standard morality preaching.

So if you’re in your 20’s or 30’s and you’re looking for a place to park some money for decades and take it out when you’re 65 if the world still exists (it probably will) and politicians don’t completely gut the gaming industry for lack of “public funds” (more possible), then 888 is your pick. Why?

Simply this: As I mention repeatedly time and again, the world is in a serious debt problem that only gets worse by the day. Interest rates are headed up, and when they do, companies in significant debt will be in serious trouble and may have to be liquidated. Usually when analyzing a company’s finances, a debt to equity ratio of below 50% I consider low, but even at that level, a significant and fast rise in interest rates will do serious damage to a company’s bottom line.

With 888 however, the situation is literally turned on its head. 888 not only has no debt whatsoever. It is actually a net creditor. Not on a grand investment bank level for sure, but still it puts excess funds into interest bearing accounts in Britain. Basically, it means that while other companies – those with high and low debt together – will be at least struggling if not bankrupted by rising rates, 888 will actually benefit by a rise in interest rates. This is something you have to read to believe: (page 86)

How did this happen? Well, at the risk of stereotyping, (but it’s OK in my case because I’m a Jew), the founders and majority owners are all Israeli Jews. Apparently, people say Jews are good with money. Sometimes I guess. In this case it’s certainly true.

The big story now is 888’s rejection of William Hill’s £700M offer for the company. The last time 888 had a serious offer was in 2006 with Ladbrokes, but that fell through as well, and for good reason. 888 smelled bad blood from politicians was imminent and the Unlawful Internet Gaming Enforcement Act (UIGEA) was passed, cutting off a large chunk of 888’s market. In March 2013 they were the first gambling company to secure a Nevada license, and in November of that year they landed two more for New Jersey and Delaware. The only reason why 888 has not been consistently growing since its IPO and is still down from its highs is the UIGEA. Nothing to do with the company itself or how it’s run, just a legislative attack, from which it is still recovering.

If 888 turned down an offer for £700M, you can be sure its owners and executive staff fully believe the company is worth more than that, or they simply don’t trust William Hill to run it as efficiently as they have, and maybe it’s some kind of sentimental thing. Either way, with a market cap currently of only £567, it’s worth at least a trade to the bid price for a potential gain of 23%.

Monetarily, things are looking good for the short term. The Euro supply is moving up and so is the Dollar supply, and the Greek crisis is pushed off until sometime in mid June when the whole nonsense will repeat itself again. I fully admit I was wrong about Yanis Varoufakis (see Exit Before the Grexit). He totally caved, and he can no longer be used as a barometer for a possible Grexit.

It’s now time to get back into European gaming stocks for the next three and a half months, but that’s all. My recommendation is to hold until mid June and then go back to cash while we see if the Greek can will be kicked down the road, yet again, for another few months. Even 888 will suffer if Greece exits, so if we’ve reached £700M by mid June (possible but a stretch), then definitely sell, and if we haven’t, then at least lighten your position.

And if you’re not a trader at all and you’re one of those 20 or 30-something’s just looking for a place to park money for decades, just ignore everything and ride through it.