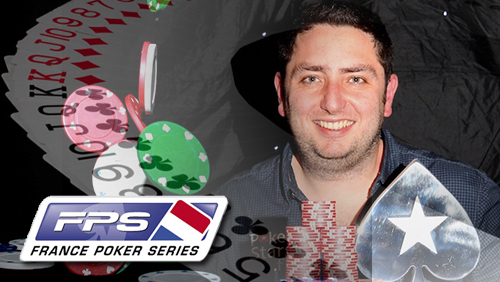 Anthony Apicella has won the French Poker Series Main Event, and first prize of €197,000, after beating the German Felix Lambertz in heads-up action.

Rather predictably, the French dominated the final table of the €1,100 French Poker Series (FPS) Main Event, with six of the final eight players hailing from the land where men like to play in women’s poker tournaments.  What was not so predictable was the make up of the winner.

Prior to this event, 32-year old Anthony Apicella had only ever cashed in two other live poker tournaments. What was the reason for his lack of activity? His priorities lie elsewhere. Apicella only plays a handful of live poker events, each year, because he is busy running a bar in Corsica.

Apicella’s stunning success is once again proof that you don’t have to be a full time grinder to win one of these things. It’s what makes poker such a beautiful game. 1,355 players entered the event, and that created a total prize pool of €1,300,800. It was another record-breaking field for the European Poker Tour (EPT) organizers, surpassing the 1,095 entrants the last time the FPS put on this particular show in Jan 2014.

“This is a victory of love; love of my family, and love of my friends who all supported me throughout the event.” Apicella told PokerStars after his win.

It seems that every day I sit down to write a tournament recap, this week, I am writing about German poker players finishing second. It’s unusual. They usually have their towels draped over the first place spot nice and early – not this week though.

The FPS is one of 47-events that makes up the EPT Deauville Poker Festival. It started on Jan 28 and will end on Feb 7.