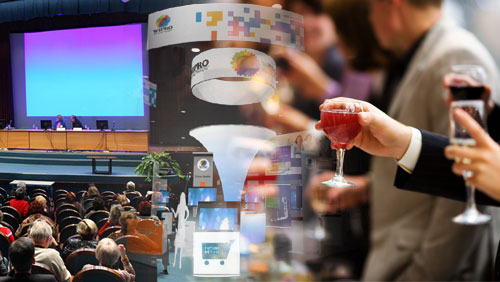 In article #1: ‘How to be an iGaming Conference Hero’ I went over attitude and how to prep before a conference. The main take-away from that article is to be positive and bring the energy. In this article I am delving into the existence of the prevalent drinking culture and how to avoid some of poison traps which inevitably exist.

I enjoy these conferences. I think they are extremely well run and endorse people to go to them if they think they can kick some goals.

Everyone going to these iGaming conferences should always keep in mind these two goals:

With that in mind, let’s look at drinking culture and poison traps.

I felt it is important to bring this up. This is one of the unique and fun parts of these conferences.  There is a culture of drinking everywhere you look.

The alcohol really flows at the conference itself, at the parties after the conference, at the private corporate dinners and especially in the hotel lobbies. Booze is ubiquitous. Most of the companies set up lavish bars in the conference center. The winner for best bar always goes to Calvin Ayre, with second place going to Paddy Power. Here is an older article with a few shots of the bars, including the Bodog Tiki bar.

Furthermore, try to understand the strategy behind the people drinking. Is it to have fun and shoot off or is it tactical? Try to use it to your advantage.

I have heard a general anecdote from some conference dinosaurs that these events started with drinking as a centerpiece for one reason: lube up the conversation and get the tipsy person to make a bad deal. I recommend to not fall into this trap and make any form of deal while under the influence.

Some incredible deals surely have been leveraged over a case of too many. I would love to hear some of these stories.

You definitely want to avoid the poisonous traps that exist. I know I do. These people/companies/things will trap you in a pit. They will find ways to inject you with poison. This poison will act and slow you down, wasting your time and precious energy.

If you are focused and have some street smarts, this won’t be an issue. If you are new to the industry, you could be in for some lessons learned the hard way.

Some well-intentioned folks may hound you and chase you via any means given to them. They likely have ideas that are weak and will likely be losses. They will name-drop. They will try to be your friend. They won’t listen to you.

The general attitude to take is to nod, smile and move along. If you are curious, ask some basic questions about traffic and demographics and use tools like similarweb to double check what they are telling you. Don’t be scared to reach out to some trusted advisers and ask them for a second opinion.

In theory, some poison traps may be connected to various important stakeholders in the industry.  You may be confused about having to show some interest / respect. Beware.

These types may infiltrate your bosses if they have an in, which could further complicate things for you. I have heard stories of bad ideas compounding this way due to stakeholder mismanagement. A clever way to explain this to your boss is by making a chart showing what they want from you and what you may gain from them. Try to add it up and see who is winning. If your bosses are smart, they will back off if you present a losing idea.

Pro Tip: If you are giving time and effort based on a relationship and not on data informed decision making, learn to say ‘no.’

“Hey conference hero, I talked to your boss, he said he is interested in (insert jargon buzzwords here)…”

“Send me a proposal”

I always advise to tell the the truth sooner than later. Unfortunately, sometimes politics get in the way. This is when I would ask for documents. 9/10 you will never see a proposal and it is done with. If you think the time waster is a bit more advanced than usual, ask for even more documents, like a sample PnL, or some market research. Don’t be patronizing and don’t be a bold faced liar though. Keep it professional. Always keep an open mind, maybe they will do a good job in the end and be that 10%.

“Let me talk to my boss about that and get back to you.”

“Can you give me your boss’s contact info please so I can move on this quickly, be it yes or no? It will save everyone time.”

This is an inevitable part of any business. Chain of command. It is way easier to make promises and defer to superiors then to make a decision. I like to politely try and move up the chain. Not in the sense of an ‘escalation.’ We don’t want to get anyone in trouble or feel threatened. Think of it as a networking opportunity.

Another trap is booths that have unrelated toys at their booth. If there are video games set up by any company, you are probably going to waste your time with them. Any other objects that may take attention from the business of the conference, will take that attention. Avoid, avoid, avoid. Remember you are there to network and to try to bring home +ROI on the trip, not play video games or watch people play video games.

The poker tournaments. If you’re main goals are +ROI business oriented, than I would avoid these tournaments. They are fun and a good way to network. If you want to soak up the culture, have some fun, then by all means play the tournament. Bragging rights from winning are pretty sweet.

Many items are being given away at these conferences. Branded versions of anything you can think of. There is actually lots of nifty gadgets and keepsakes. I used to try and bring a few of the awesome ones home to Lithuania to give the office staff and coders. They always appreciated them.

So where is the poison you ask?

My advice here is twofold:

Make a mental note to avoid some of the pitfalls of any social encounter. Be cognizant of the alcohol. Be tough but fair with time wasters. Give everyone a chance, but don’t linger if they blow that chance.

I have had terrible conferences where all I can do is learn. I have had conferences where I end up making good money, gathering actionable intelligence, creating brand trust and strengthening bonds with partners. Keep moving forward, keep smiling and try the best you can.

The next article will be about how to crush your business goals and shouldn’t be missed.

Robbie brings over 10 years of online marketing and tech industry experience to the table and has mentored and led award winning teams of writers, IT professionals, marketing innovators and executives from around the world. He has been in various leadership positions for hundreds of websites. You can connect with Robbie Via LinkedIn and Twitter.