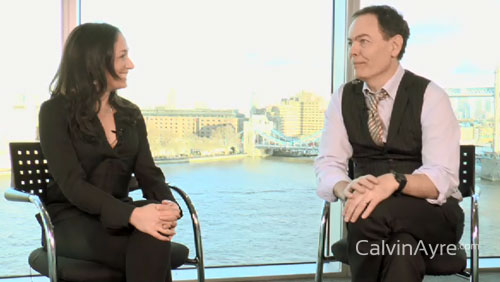 When I get around to writing my 2015 “top interviews of the year” article I can guarantee Max Keiser will be at the top of my list. It’s certainly a treat to interview someone who is also in front of a camera for a living…or at least for part of his living. It’s a career highlight, however, to interview someone with the trademark personality, charisma, intelligence and fearlessness of Max Keiser.

Keiser is most famous for his work on the Keiser Report, a program broadcasted three times a week on RT, during which Keiser dissects the latest scandals in the global financial industry with co-host Stacy Herbert and guests. The Keiser Report is one of the most popular financial news and opinion shows in the world.

Keiser is also a big supporter of block chain technology and is a pioneer in the crypto currency and crowdfunding space. His latest project, StartJOIN, is a crypto meets crowdfunding concept and uses it own crypto currency StartCOIN to finance projects. In this interview we discuss the finer details of this new project and other ways crypto currencies can (and will) better the world.

Yea, Tony Gallippi, I saw him in Prague at a conference – he gave us Bitcoin and it was trading at around two or three dollars at the time. I would say Tony Gallippi is the best executive in the entire Bitcoin space. He’s now the Executive Chairman over there at BitPay, the first to do merchant processing and they are just shooting the lights out, doing a fantastic job.

You made the transition from this first coin and spending time with Tony Gallippi to crowdfunding meets crypto – tell me how you got into StartJOIN and StartCOIN.

Interestingly enough, going back to the mid 1990s, I started a company called the Hollywood Stock Exchange and we had to create our own digital currency. I have several patents in the digital currency space on virtual market making, the Keiser Virtualist Specialist patent #5950176 on the US patent office – you can look it up. I also filed a patent on crowdfunding at the time.

[StartJOIN] is a marriage of crypto and crowdfunding, so people can put projects up, seek crowdfunding, but we also have our own crypto, in this case StartCOIN, that we give away every week. So we’ve pre-mined half the coins and we give them away to the projects people are expressing huge interest in – they might not even have any money to put into a project, but they are “liking” it or “thumbs up”. So if projects are popular, we top up those projects every Friday with a “top up reward” and this helps get projects funded faster.

We just introduced something called “Karma Score” so that if you get the coins from us and you re-pledge them to projects, then your Karma score goes up and that means the following week you get even more coins. So it pays to share.

Can you give me a practical example of how people can use StartJOIN to get something going.

So far one of the bigger success stories was a project called the “MaxCoin cryptobullion”. In this case we had a project owner in Ireland who put up on the site a project, one ounce silver coins that were loaded with a hologram. [We made] a MaxCoin crypto hologram – so you peel off the hologram and there’s a private key to go online and get your free MaxCoin. So these things combined were offered to the folks on StartJOIN and we raised about 100k in two weeks – it was very, very popular and he has a couple of other projects now on the site doing more cryptobullion.

We also raised a lot of money for a documentary film about the NHS which is under a tremendous strain right now in the UK. There’s a filmmaker who wanted to get the word out on what’s going on and he was successful in raising a lot of money for that film. We’ve funded over forty projects and its growing really fast.

You’re involved with two new worlds here, with crypto which is relatively new and with crowd funding which is a relatively new concept.  What are some of the challenges you have faced along the way with getting this project off the ground?

Well these are actually ideas I’ve been trying to get developed for years and years, so I think now is the time, the market is ready for it. The Hollywood Exchange really invented the idea of prediction markets, so sites like Intrade and other sites that came along were based on that concept. We ended up selling [Hollywood Exchange] to a big bank on Wall Street back in the early 2000 period and since that time have been kind of watching the crypto space. When crypto exploded in 2009, I recognized it as being something that was a spectacular innovation and immediately started to revisit some of these ideas that I’d been having and how crypto could be used in the context of these new ideas. So that’s really where we are now.

You are also clearly very involved with politics and I know you’re taking the crypto world to address world of politics, especially here in the UK.  Can you elaborate on that.

I’m glad you asked that, Becky. This is an excellent question. The thing about technology, the word you often hear is “disrupt” – it’s “disruptive” – and because of social networking and network economics and crypto currencies, crowd funding and a lot of industries are being “disrupted”. So in the case of Uber, they are totally transforming the face of the global taxi market and they are going to create a million new jobs next year.  In the case of Airbnb, totally disrupted the hotel market around the world – created a multibillion dollar niche market, p2p file swapping of course totally transformed the music industry, so why not apply this to politics?

So here in the UK you’ve got a two party system. They’ve been keeping it this way for a hundred years – nothing has changed fundamentally in one hundred years – and the people are disgusted with this two party system because they are locked in gridlock and meanwhile the economy is shrinking at a really rapid pace and folks are upset. They are on the street, they are protesting – so how do they express their protest? How do you get political representation in this economy, in this government, in this country? You can go out onto the street with a placard, you can protest, you can boycott, but why not use this new paradigm to transform the entire political structure on a fundamental level? In the case of the mayor race here in London which is going to be next year, let’s say Russell Brand wants to run for mayor. Let’s crowd fund that campaign, let’s use crypto currencies to enfranchise people that have been disenfranchised – let’s re-enfranchise them.

Right now I’ve got a campaign from crowd funding to get the funds necessary to get a legal opinion about how crowd funding can work within campaign finance in this country as there are a lot of laws to consider. Same thing whether it’s Uber or its Airbnb, there’s always a regulatory framework you have to work within. So we’re using all these technologies to address this. We basically want to dismantle the entire political establishment here in the UK, especially now when they are involved in the most heinous, hellacious scandal possibly in HISTORY with this pedophile and murder scandal, I mean it’s really disgusting and these guys have been given free reign to commit atrocities. They all need to be completely just wiped off the face of the earth.

I just wish you would tell us how you really feel Max [laughs].

The online gambling space as a whole has always been a place of innovation. Payment systems usually show up first in areas like gambling because it’s a huge industry, a global industry, around the world people gamble – it’s been this way since the beginning of time. And by the very nature, they are risk takers.

So in the case of new technologies, you go to the risk takers and they have a built in need for this because they’re dealing with an industry that has not always gotten great jurisdictional approval, so they constantly have to be aware of what’s going on in terms of the legal framework. In the money business more and more you see governments intervening – on the political front of course they shut, for example, Iran out of the SWIFT money system, so they got inside the money transfer business and they use this to shut down a whole country.

What’s great about Bitcoin is that it’s completely outside of any government, it’s outside of any central authority, so it’s really a parallel currency system and mechanism for the use of those who may want to use it in the gambling space – if that’s what they want to use it for, they should be free to use it as such, and so we’re going to see a lot of innovation. I applaud the gambling industry for being the risk takers and I think maybe at this stage they need to take a closer look at Bitcoin. You know what the problem is, Becky?

They say as they’re sitting around the poker table, they’re like, ‘Yea I get it – Bitcoin’s cool, but you know, I can’t hold it. I can’t hold it in my hands. If I can’t hold it, it doesn’t exist. I can hold ‘em or fold ‘em’.

We’re in the 21st century now. So broaden your mind a little bit. It’s good like gold, there’s a limited supply.  And you can move it back and fourth amongst your buddies without any fear of any cost or any theft.  So, wake up.