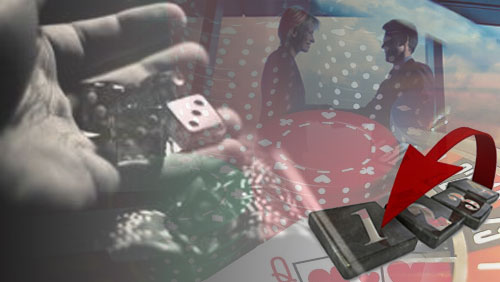 Last week’s resignation from Team PokerStars Pro by English pro Vicky Coren-Mitchell drew plenty of headlines. As the only two-time European Poker Tour winner, a respected journalist, and a prominent winning woman in poker, her presence on the team was uniquely valuable from a marketing perspective, making her departure noteworthy enough. Her reasons for resigning – namely that new PokerStars owner Amaya is pursuing adding casino gambling to the site, something she personally has a problem promoting – represented an relatively unusual point of view among sponsored poker players. And her decision prompted main PokerStars pro Daniel Negreanu to post at length, explaining why he doesn’t have the same problems that Coren-Mitchell does – namely that poker pros and casinos are both in the business of coming out ahead in zero-sum games – and why he respects her for sticking to her principles.

It’s all been very interesting to watch unfold, given the unique time in the history of poker that we’re living through right now. The new ownership of the world’s largest online room is using its market share to make waves, and with intricately fragmented markets driving costs up for a dwindling number of competitors, the industry as a whole is arguably weaker than it has been at any point since the UIGEA passed. In that regard, Vicky Coren is a sign of things to come in poker. Not everybody pro who transitions to a life without sponsorship will do so for the same reasons as she did. But for a variety of reasons, we’re going to continue to see fewer pros pimping online poker rooms as the game continues to evolve.

For players, sponsorship just doesn’t mean what it used to. When Joe Cada left PokerStars earlier this year, we learned that being a past world champion with many more hours of TV facetime logged than most other poker players will ever achieve isn’t worth a 100 percent rakeback deal at the world’s largest poker room. A player with a Main Event title, a second WSOP bracelet, and $10.3 million in earnings today can’t get what was once handed out to loudmouths who caught some producer’s eye in a mid-range televised tournament winner. The chances of anyone with less stunning career highlights earning a remotely worthwhile deal are rapidly approaching zero.

For the poker rooms, too, sponsorship isn’t what it used to be. When poker was on television every hour of the day, and there were far fewer tournaments on the worldwide schedule, signing any televised tournament winner could attract more than enough new players to cover the cost of a sweetheart rakeback deal and maybe even some live tournament buy-ins. These days the tourney schedule is saturated, TV time is scarce, and pros don’t attract new players, so sponsoring them just doesn’t make good economic sense. This is particularly true when there are aging pro athletes like Ronaldo or Rafael Nadal out there with built-in fanbases full of potential recreational poker players who have yet to be introduced to the game, bringing back vastly more revenue than its costs to sponsor them.

It’s unlikely that many players will choose to leave a sponsored gig before their time for the same reasons as Vicky Coren. What’s much more likely is that poker pros will continue to be let go by online rooms, and that some of them will leave the game altogether. For many such players, rakeback and other benefits are sometimes what makes them winning players, particularly with the games growing tougher by the years, so any move in the other direction hurts them directly. In losing out on that benefit, these pros are the front-line victims of a regression to the way things used to be.

Before the boom came along and provided unprecedented liquidity, poker was always a loss leader – something to keep a small part of the customer base happy while pit games and slots made all the real money for the casino. That’s why very few casinos in Las Vegas had poker rooms before ESPN and the Travel Channel started showing poker 24/7 and making every hometown champ think he could hold his own in Sin City. The idea of sponsoring a player was something that only a legendary hustler like Amarillo Slim Preston could talk himself into, not a default reward for having won some tournament or another.

I’m reminded here of one professional player who wanted to be paid thousands of dollars for a radio interview at the WSOP in 2006 because he’d recently made the final table of a relatively well-known, though still minor, televised tournament. He didn’t even win this tournament – he just made the final table. Our production team laughed and found another interview subject from among the hundreds of other players who had made final tables already that summer and didn’t think it entitled them to an additional windfall. But plenty of poker rooms were throwing around ridiculous enough amounts of money that this player thought, inaccurately as it turned out, that he was making a reasonable request. Today’s sponsored pros aren’t nearly so spoiled. Still, we’re entering a period that’s going to function as something of a market correction for those sponsorships, and they’re going to be hit hard by it.

Poker exploded in the 2000s and had the potential to continue growing larger and larger, but it couldn’t keep its momentum up because of politics. Once the fragmentation of the online poker world began it became abundantly clear just how vital liquidity is to keeping the game going on its own, mostly because ring-fenced markets in Europe and the U.S. have seen traffic steadily dropping off since their opening. So far as the U.S. goes, unless California can weave some sort of unprecedented magic in 2015 and change the underlying economics of online poker, having online poker without casino games simply won’t make any sense for the vast majority of operators because player volume is too low. And even with casino games, player sponsorships are going to be vastly harder to come by, if they’re available at all. That’s bad news for anyone who ever hoped to score a deal. But on the bright side, personal dilemmas like Vicky Coren’s probably won’t come up very often at all.