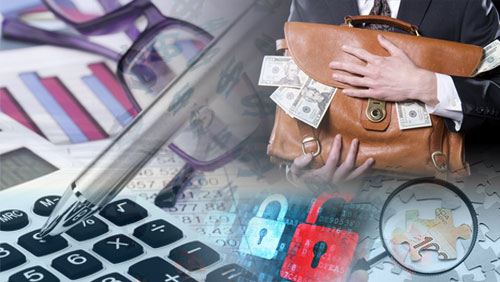 What is money laundering? Given how often the crime is mentioned in the media, such as in last week’s report by the Wall Street Journal that Wynn Resorts was being investigated by the U.S. federal government over potential money laundering over its relationships with high rollers in Las Vegas and Macau, it seems like it should be a pretty simple question to answer. But the meaning of the term is among the most mobile of moving targets, depending as much on when you ask it as it does who’s giving the answer.

The modern concept of money laundering in the U.S. began in the Nixon administration. As the nation obsessed over crime and illegal drugs, the president signed the Bank Secrecy Act of 1970, which required banks to begin keeping far more detailed records on its customers than ever required before. By requiring banks to report all cash transactions over $10,000, the government’s goal was to uncover information pointing to tax evasion and other crimes. As time has gone on, and people have found ways around the BSA’s requirements for all sorts of reasons, an all-out war on financial privacy has seen the definition of money laundering expand far beyond buying bank instruments with large amounts of cash.

Through the 1990s, money-laundering laws were most often used to prosecute organized crime, particularly in connection with illegal drug trafficking. With the country worked up into perpetual fear over heroin and crack cocaine, it was easy to expand the definition of money laundering in creative ways to give the government unprecedented new powers. Congress created the concept of “structured payments” in the Money Laundering Control Act of 1986, making it a crime to deposit smaller amounts than the $10,000 limit in order to avoid bank scrutiny under BSA requirements. And it broadened the definition of “financial institution” in the Anti-Drug Abuse Act of 1988 to include car dealers and other businesses who offered credit to their customers without actually offering full banking services.

Such intrusive requirements would have been seen as violations of the Fourth Amendment just a few decades earlier, but the spectre of crime was justification enough for the Supreme Court to create the path that has led to them becoming the status quo for more than four decades. Following the 9/11 attacks, the BSA was expanded through the PATRIOT Act and the government’s law enforcement branches were granted vastly broader powers to poke into the country’s financial system. With the flag waving in the name of preventing terrorism, and the threat of a slow death in the court system to scare off any opposition, the government has since hoarded an impressive amount of new power over the financial system.

The turn of attention to casinos over the last couple of years – of which the “are they or aren’t they” Wynn investigation reported by the WSJ (and denied by Wynn) is only the most recent example – is simply keeping with the long-term trend by the federal government of trying to get its eyes on every private monetary transaction in the world, by any means necessary. And it’s one that was foreshadowed by the letter that the Treasury Department’s Financial Crimes Enforcement Network (FinCEN) issued to casinos back in June of this year, suggesting that casinos fall under the umbrella of “financial institutions” beyond the regulations that they already have to follow under the Bank Secrecy Act, too.

Despite its endless creativity when it comes to tracing dollars from source to spender, there is one form of money laundering that the United States government refuses to go after. Not only does Congress actively avoid doing anything about it, it has the explicit approval of no less a legal authority than the Supreme Court itself. Rich Americans – the ones most likely to want to launder their cash, a reasonable person might argue – are still allowed to give unlimited amounts of money to political candidates via special political action committees (so-called “super PACs”) that aren’t required to disclose the names of their donors.

Super PAC donations are considered speech, not money laundering, and political speech is sacrosanct in America. This is true even when, say, the owner of a corporation that looked the other way while moving $100 million in cash for China’s version of Breaking Bad kingpin Heisenberg is publicly boasting that he’ll spend whatever it takes to pass a law over his pet social cause.

Certainly it’s just a coincidence that the people who benefit from those donations are the same ones pulling the levers of power that result in money laundering statutes for one group of people and loose campaign laws for themselves. Otherwise the same people who are considered money launderers when they take their cash to a casino would just be concerned, patriotic citizens the moment if they had instead directed that money to a candidate for political office in order to pervert the nation’s democratic system. And that would be quite a state of affairs, now wouldn’t it?