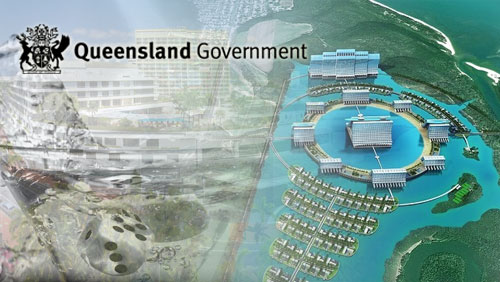 Hong Kong billionaire Tony Fung’s $8.15 billion ($7.1 billion) Aquis resort and casino project has been put on hold after his pending purchase of the Reef Casino fell through.

Aquis “will be undertaking a strategic review of its plans and development timetable over the coming months” after Queensland’s Office of Liquor and Gaming Regulation failed to meet the November 28 deadline for a decision on whether to grant regulatory approval for the proposed takeover.

One factor that could help revive the Aquis project is if the state government accelerated its decision on granting Aquis regulatory approval. Should that happen, Aquis could consider renegotiation to buy RCT in 2015.

“The Reef Casino takeover was always important to Aquis’ overall financial and investment plans,” the bidder said in a statement. While it may consider a new bid for the Trust next year, “there is no certainty any such transaction would eventuate”, Aquis said.

This new development is a huge blow to all parties concerned, especially to Reef Casino Trust, which saw its shares decreased by more than 30% after news broke that the Aquis’ proposal to buy the casino was off.

The company is still committed to being a major investor in Cairns and far north Queensland and continues to work in a resort development at Yorkeys Knob.

Another related takeover, of Casino Canberra, should take place at a reduced price of A$6 million before Dec. 25