Home / Business / Red Wire: No Risk, All Reward For Government In Impersonation Cases 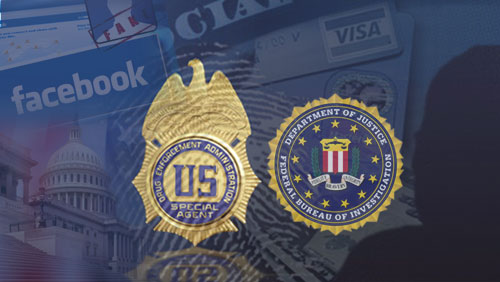 When it comes to arresting people it suspects of crimes, the United States federal government isn’t supposed to have complete freedom to do as it pleases. But due process is too passé for some agents willing to go to any length to get their suspect, regardless of how many rights they trample on in the process. The latest example comes in an unexpected place: the high-profile Paul Phua sports betting ring case. The Associated Press obtained 30 minutes of video and audio recordings showing that the FBI cut off internet access to Phua’s luxury villa at Caesars Palace, then impersonated repairmen to recover evidence against him and the other suspects.

If you’re asking yourself something like “Isn’t that illegal?”, you’re not alone. An Assistant U.S. Attorney advised against the FBI employing the tactic before it decided to do so anyway. And if you decided to employ such on your own and were found out, you would most certainly face prosecution. But these kinds of tricks are keeping in character with the feds’ highly aggressive M.O.: get what you want, whatever the cost. In fact, this marks the third case of such tactics employed by government agents to become public in the last month.

The AP may have had a little bit of extra pride in exposing the government’s tactics in the Caesars Palace raid, since one of the previous cases involved FBI agents composing a fake news story that it attributed to the trusted news agency. They concocted the fake AP story as a trap to catch a 15-year-old who had been making bomb threats at a Washington state high school in 2007. When the suspect clicked on the link to the story a software package was surreptitiously installed on his computer, allowing agents to confirm his identity.

The other case involved the Drug Enforcement Agency, whose agents created a fake Facebook profile using the identity of a suspect they had arrested with the intention of ensnaring her friends and associates. DEA agents raided Sondra Arquiett’s cell phone for photos and personal information and used them to maintain a profile on the social network that appeared to be hers but was actually under the control of DEA agent Timothy Sinnigen. The agent said that she “implicitly consented by granting access to the information stored in her cellphone and by consenting to the use of that information to aid in … ongoing criminal investigations,” avoiding the topic of Facebook’s terms of service, which prohibit fake profiles.

These are, after all, the same agencies who employ “parallel construction” to hide the fact that the National Security Agency has given them information that they couldn’t get by following due process – information that itself is found only through mass spying on American and foreign internet traffic. The excuse is always that the suspect in a given case is a bad guy, conveniently ignoring questions of legality and constitutionality in favor of getting short-term results.

Each case has brushed up against the due process protections people expect in the United States, and each has elicited a strong response. Arquiett is now suing, claiming the government stole her identity, and Facebook is demanding the government stop making fake profiles. Phua’s attorney, Steven Goldstein, filed a 54-page motion to dismiss evidence in the case, arguing that his client did not give consent to the search that was conducted under the guise of repairing an Internet connection.

In a letter to Attorney General Eric Holder, AP General Counsel Karen Keiser wrote that the FBI “both misappropriated the trusted name of The Associated Press and created a situation where our credibility could have been undermined on a large scale. The FBI may have intended this false story as a trap for only one person. However, the individual could easily have reposted this story to social networks, distributing to thousands of people, under our name, what was essentially a piece of government disinformation.”

Senate Judiciary Chairman Patrick Leahy also wrote to Holder, telling the soon-to-depart Attorney General that employing tactics like those used by the FBI in the Washington case “not only raises questions of copyright and trademark infringement but also potentially undermines the integrity and credibility of an independent press.”

Chances are that these three cases, all of which have come up in the media separately from one another in a short period of time, are only the tip of the iceberg. Basic probability says that many more people are ensnared by impersonation schemes and their cases never receive media scrutiny of any sort. Even those that have come to light in recent weeks haven’t done so quickly: Sondra Arquiett was first arrested in the summer of 2010, and the case of the fake AP story revolves around events that took place in 2007.

There’s certainly a possibility of change with some of the ways agents use impersonation. The DOJ, which initially defended its fake Facebook profile, is now reviewing the case to determine if it went too far. And having the Senate Judiciary Chairman involved in the AP case, the threat of legislation will likely force the FBI to adopt restrictions on when it can pretend to be someone else. But no matter the new restrictions, government agents are likely to continue stepping too far. The rewards are far greater than the risk of being caught, the penalties for being caught are trivial, and the justification is always ready at hand.