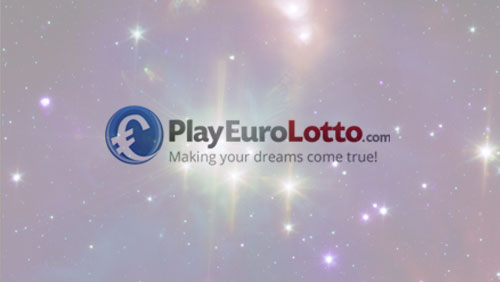 September 4, 2014 – Curacao (Press Release) – A 34-year-old Slovakian man is celebrating after winning an eye-watering €284,245.52 via lottery betting service PlayEuroLotto (www.playeurolotto.com). The player, who wishes to remain anonymous, lives close to the town of Michalovce in the eastern region of Kosice, he bagged the second tier prize on 8th August in the hugely popular pan-European lottery EuroMillions.

PlayEuroLotto, which has been operational since 2011, accepts wagers on the world’s largest lotteries. These include EuroMillions, EuroJackpot, the United States’ MegaMillions and Powerball, Italy’s SuperEnalotto and Germany’s Lotto 6aus49. And a new and exclusive ‘BoosterBall’ function allows players to bet from €1 to €10 on three of their numbers to win between €1,000 and €10,000.

Danny Thomas, Marketing Director of Kootac NV, which handles the lottery entries on behalf of PlayEuroLotto and is licensed and regulated by the Government of Curacao, had this to say about the amazing win: “We’re so happy to have a big prize winner; this shows we have sound and professional risk management in place that our players can trust.”

Players from almost any country in the world can participate in any currency and all PlayEuroLotto entries are insured by leading insurers such as Munich-based EMIRAT AG – one of the most respected insurance hedging companies in Europe. “We’ve been working tirelessly with all our hedging partners to make sure our contracts are bulletproof because we don’t want delays or excuses when it comes to our players receiving their prizes,” Thomas explains.

PlayEuroLotto’s website – http://www.playeurolotto.com – recently underwent a major overhaul, while a native app and mobile website is set to be unleashed in the coming weeks. On top of this, the operator is applying for further licences in various EU countries and the Kootac NV platform is now ready to engage in multiple white label partnerships and set up to handle any currency or language.

Kootac NV is a fully licensed gambling operator and platform provider, specializing in On- and Offline lotteries solutions. Kootac offers companies and brands a simple and cost effective way to enter the exciting world of Online Lottery. For more information visit www.kootac.com.