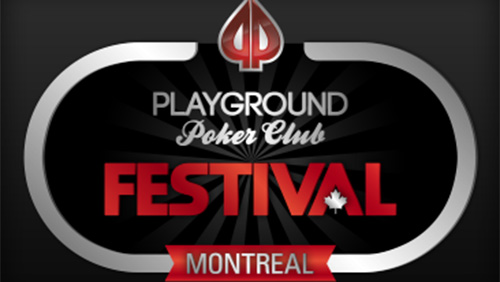 The Montreal Poker Festival is going to have to complete its 16-event series without any input from their festival sponsor PokerStars, after the online giant dropped ties with the festival.

Unless you are a Tibetan Monk, silence is nothing but awkwardness that needs to be filled with noise.

And so the silence emanating from PokerStars Towers – upon their decision to withdraw all ties with the Montreal Poker Festival, just three weeks before the event starts – has prompted a lot of noise from worried Canadian grinders.

Is this an indication that the recent $4.9bn acquisition by Canadian gaming outfit Amaya Gaming means that both Stars and Full Tilt will have to be withdrawn from what is deemed to be a ‘grey market?’

Whilst the silence continues, this is the kind of noise that you are going to be hearing until PokerStars representatives release an official statement.

The 16-event series was due to take place at the popular Playground Poker Club in the Mohawk territory of Kahnawake, just a short drive in the southerly direction from the thriving Montreal, and the $1m Guaranteed Main Event was, until recently, billed as the ‘PokerStars Montreal Festival Main Event.’

A spokesperson from the Playground Poker Club told Pokerfuse that ‘this changes exactly nothing,’ indicating that the staffing of the event was 100% operated by Playground staff.

The PokerNews Canada team have also revealed that they have been contacted by PokerStars who have said they no longer require their services at the event, without any form of explanation.

Canada has a thriving online poker community, and was a very popular destination for migrating Americans who were tarred with the shitty stick post Black Friday.