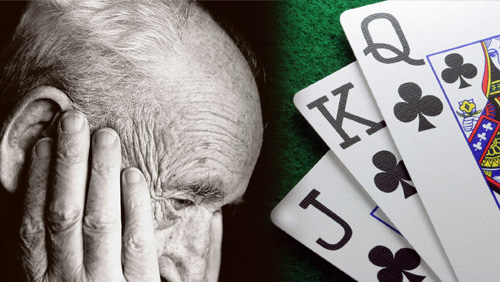 Researchers at the recent Alzheimer’s Association International Conference held in Copenhagen report on their work against the disease and it was revealed that card games like poker could have mitigating properties.

The very best poker players have a photographic memory when it comes to remembering the action down the streets. In fact, some of the guys and gals can recount hands going back decades. But none of that matters one iota if you are struck down with Alzheimer’s disease.

At the recent Alzheimer’s International Conference in Copenhagen, researchers were waxing lyrical about the benefits that card games have, not only on people suffering from Alzheimer’s, but also as a preventative measure against contracting the disease.

It’s believed that playing games such as poker, and bingo, may help prevent Alzheimer’s by preserving brain structures and cognitive functions vulnerable to Alzheimer’s pathophysiology.

There is also evidence that a game known as Smartbrain has also been shown to improve cognition in Alzheimer’s patients. A study, carried out in Spain, showed that the diseased brain retained the ability to make new neurological connections, and that playing on computer based games held a lot of promise.

Further investigations continue, and perhaps the researchers should venture into the world of poker to nab a few test subjects. The recent World Series of Poker (WSOP) in Las Vegas saw a record breaking number of participants enter the Seniors Event, and the European Poker Tour (EPT) also have plans to introduce Seniors events in Season 11.